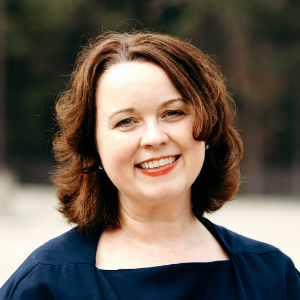 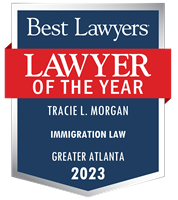 Tracie has established herself as a tireless advocate for her clients, as well as becoming the type of attorney other attorneys turn to for advice. Finding solutions for immigrant victims of crime, particularly domestic violence and human trafficking, quickly became her expertise.

Tracie also developed a strong waivers practice, allowing countless families to be reunited. In addition, Tracie has attended hundreds of green card and naturalization interviews throughout the United States.

Before all of this, though, Tracie was born and raised in Wichita, Kansas, a far cry from the often-exotic hometowns of her clients. She went to the University of Kansas and obtained both Bachelor’s and Master’s degrees.

While a graduate student, Tracie worked in the International Student and Scholar Services Office where she developed a passion for assisting non-United States citizens and learning more about their diverse backgrounds.

In 2003, Tracie moved to Lodz, Poland where she experienced immigration from a new perspective. When she returned to Kansas, she knew the world had more to offer. In 2004, she moved to Atlanta, Georgia where she grew an English as a Foreign Language program from 20 students to over 200 in a few short years.

As an international student advisor, Tracie was often asked by her students what to do whenever they got married or had a run-in with the police. She always told her students seek the advice of an immigration attorney. After saying this enough times, she decided it was time to become an immigration attorney herself. She enrolled at Georgia State University’s College of Law in 2005.

In law school, Tracie served as President of the Immigration Law Society and also served as Legislative Assistant Editor for the Law Review. She participated in two study abroad programs – one based in Linz, Austria, and the other in Rio de Janeiro, Brazil.

Tracie served as Chair of Board of Directors for the Georgia Asylum and Immigration Network (GAIN) and is currently a member of its Advisory Board. She is also Secretary of the Board of Directors for Caminar Latino. She is an active member of the American Immigration Lawyers Association (AILA), and has served locally as Chair of the New Member Division and also Chair of the USCIS Atlanta Liaison Committee. Today, she is a Past Chapter Chair for the Georgia-Alabama Chapter.

On a national level, Tracie has served on the AILA Board of Governors, as a member of USCIS Field Operations Committee, the USCIS Ombudsman Committee, the VAWA, T, and U Committee, and the New Member Division Steering Committee. In 2018, she was awarded the AILA National Advocacy Award for her work against anti-immigrant legislation in Georiga. She has been invited to speak at Fort Stewart, Emory University, Georgia State University, Kennesaw State University, and Atlanta’s John Marshall Law School. In addition, she has given presentations around the country on practice management, working with immigrant victims of crime, waivers, and naturalization.

Tracie is a member of the State Bar of Georgia, AILA, and the Cobb County Bar Association. She is licensed to practice in state and federal courts throughout Georgia, as well as before the United States Supreme Court.