In recent years, there has been extensive discussion about the continued under-representation of women on corporate boards. 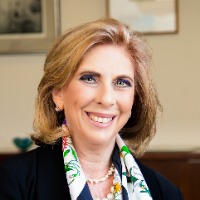 In recent years, there has been extensive discussion about the continued under-representation of women on corporate boards and the need to accelerate the glacial pace of progress for women in the boardroom. This article will examine the current statistics concerning women on boards; the myriad reasons why so few companies have truly gender-diverse boards; and the many salutary economic and other benefits of gender diversity. Also discussed below are the important contributions that lawyers can make as directors on corporate boards, and the efforts by DirectWomen to help women lawyers position themselves for board service.

The 2015 Catalyst Census reported that women held only 19.9 percent of S&P 500 board seats. Only 14.2 percent of companies in the S&P 500 had boards comprised of at least 30 percent women, which is the “critical mass” needed to ensure that women's voices and ideas shape board policy.

The lack of diversity is even more pronounced in smaller companies. According to the 2020 Gender Diversity Index, women represented 18.8 percent of Fortune 1000 company directors in 2016. The 2016 ION Annual Report found that among the companies included in the Russell 3000, only 14.1 percent of the directors were women. What's more, 796 of the Russell 3000 companies (28 percent) had no women on their boards, and another 1,050 companies (37 percent) had just one woman director.

Given the paucity of women directors, the United States Government Accountability Office (“GAO”) issued a report in December 2015 that gender parity on boards will not be achieved for at least another 40 years, if not longer.

On a brighter note, women represented approximately 32 percent of the new directors appointed to S&P 500 companies according to the 2016 Spencer Stuart Board Index. This is the highest percentage ever attained. Another reason for optimism is the fact that there are now only four companies in the S&P 500 with no women on their boards.

Why So Few Women Directors?

There are various reasons for the exceedingly slow pace of progress in achieving gender diversity on public boards. A primary factor is the lack of turnover of board seats—only 7 to 8 percent of director’s seats become vacant each year. Indeed, directors tend to stay on for a number of years because only 3% of S&P 500 boards specify term limits, and many companies either do not set a mandatory retirement age for directors or have raised it from 65 to 70 or 75. The 2015 Spencer Stuart Index found that 34 percent of companies have set their director retirement age at 75 or higher, and the median age of directors on S&P 500 boards in 2015 had risen to 63. Also, 21 percent of directors have an average tenure of 11 years or more.

Another reason why women are under-represented on boards is that many companies are looking for directors who have CEO or CFO experience. In 2015, 73.2 percent of newly-appointed directors were current CEOs or CFOs. This prerequisite greatly disadvantages women, because only 4 percent of Fortune 500 CEOs are women, and only 13.8 percent of Fortune 500 companies had a woman CFO in 2015. An additional Catch-22 problem for women is that many companies seek candidates who have prior board experience.

Perhaps the greatest impediment to the increased representation of women on boards has long been the fact that board positions are customarily filled through informal networking systems, which are overwhelmingly dominated by men. The operation of the “old boys network” in the boardroom has repeatedly resulted in the selection of male directors, because they are known to and vouched for by those already serving on the board. Implicit or unconscious biases, which everyone has, affect the board recruitment and selection process. Moreover, PwC’s 2016 Annual Corporate Survey revealed a stark gender gap among incumbent male and female directors concerning how they viewed the importance and benefits of board diversity. Simply put, not enough men recognize that gender diversity on boards is a business imperative.

The Benefits of Gender Diversity on Boards

Research by Catalyst and other organizations, including McKinsey & Company, Credit Suisse Research Institute, and MSCI ESG Research shows that companies with the most women on their boards, especially those with three or more women, financially outperform, on average, those with the fewest women board members. Gender-diverse boards produce better results for shareholders. A November 2015 study by MSCI ESG Research found that companies with three or more women directors generated a return on equity 36 percent higher than those without. Similarly, a 2011 Catalyst study revealed that companies with the most women board directors outperform those with the fewest, including higher returns on equity, invested capital, and sales. McKinsey and Credit Suisse studies have reached similar conclusions. Research also shows a positive correlation between gender-diverse boards and enhanced problem-solving, group performance and innovation. And a recent research study by a professor at the University of Toronto's Rotman School of Management found that women board members bring skills important to decision-making that were not well-represented on their boards before their arrival, including risk management, human resources, regulatory or compliance, and corporate governance.

Additionally, research has shown that increasing the representation of women on corporate boards is closely associated with an increase in women’s presence in executive-level positions. There is also a correlation between higher percentages of female directors and increased gender diversity throughout the corporation and a greater number of female top earners.

The business case for increased representation of women on corporate boards is crystal clear. Women now have greater participation and importance in the workforce than ever before, as evidenced by the increases in the number of women-owned businesses, control of stock ownership and personal wealth, and the fact that the overwhelming majority of all consumer purchasing decisions are made by women. Having more women on boards is a win-win both for women and a company’s bottom line.

The Benefits of Lawyers on Boards

There has been a long-standing reluctance on the part of many companies to add lawyers as directors. A report issued by Russell Reynolds Associates found that only 11 percent of Fortune 500 directors have a JD degree. However, research has confirmed that lawyers, because of their critical and strategic thinking skills, add real value to a board. For example, an empirical study by professors from the University of Arizona and Cornell Law School concluded that having lawyers serve on corporate boards contributes to enhanced firm value (an increase of 9.5 percent) and a reduction of litigation exposure.

There is a strong and growing momentum to increase gender diversity on boards.

Moreover, a survey entitled “GC’s in the Boardroom and Beyond,” which was a joint project of NYSE Governance Services and the search firm BarkerGilmore, found that general counsel well suited for the role of a public company director given their skills in evaluating risk and their ability to improve board decision making. Moreover, according to a survey by Heidrick & Struggles, many companies are now seeking to add general counsel and lawyers with regulatory experience to their boards.

DirectWomen is playing a major role in helping to transform the face of the boards of America’s public companies. It was founded in 2007 and its mission is to increase the representation of women on corporate boards. DirectWomen is unique, as it is the only organization that identifies and supports leading women lawyers from around the country who are able to provide the experience, independence, business judgment and diversity required for board effectiveness and good corporate governance. It serves as a resource for companies seeking qualified women board candidates who will improve corporate governance and increase shareholder value. It creates a pipeline from which nominating and governance committees, search firms, and current board members can draw to fill open board positions.

Each year, DirectWomen holds its renowned three-day Board Institute, with a class of approximately 20 highly accomplished women General Counsel and law firm partners chosen from a highly competitive pool of applicants. At the Institute, the class meets with an extraordinary faculty of top business executives and CEO’s, board members and experts on corporate governance to discuss cutting-edge, key issues facing boards. The class also meets with search firm executives, works on preparing board-ready resumes, and networks with prior Alumnae and other women directors who have extensive board experience.

Since 2007, eight Board Institutes have been held and 23 percent of DirectWomen Alumnae now serves on the board of at least one large public or private company. These include the Boards of VISA, Occidental Petroleum, AK Steel, Valero Energy, to name just a few.

In addition, DirectWomen shines a spotlight on women attorney directors through its annual Sandra Day O’Connor Board Excellence Award Luncheon, which honors women attorneys who have served with distinction as independent directors of public companies and have advanced the goal of achieving greater diversity in corporate boardrooms. The honorees provide visible proof that women lawyers who are experienced in critical thinking and strategic problem solving make valuable contributions to corporate boards.

Also, DirectWomen is expanding its role in identifying qualified women to serve on international boards. With numerous countries instituting quotas and mandates to ensure gender diversity on boards, there are increased opportunities to serve on the boards of international and foreign companies.

DirectWomen’s ambitious agenda also includes regional programming around the country. These programs help to refute the myth that there are not enough experienced women to serve on boards and highlight the unique skill sets that women lawyers can bring to the boardroom. Indeed, as former SEC Chair Mary Jo White has emphasized, “there is no shortage of highly qualified candidates”; “the challenge is creating real and committed demand.”

There is a strong and growing momentum to increase gender diversity on boards. As has been aptly stated, the pale, male and stale boardrooms need to be changed to reflect the diversity of our society and workforce. DirectWomen will continue to identify highly experienced women attorneys who are qualified to serve on boards and work with other organizations to leverage their collective power to close the gender gap in the boardroom.

Roberta (“Bobbi”) Liebenberg is a founder and Chair of DirectWomen. She is partner at Fine,  and Black in Philadelphia, where she focuses her practice on class actions, antitrust, and complex commercial litigation. She has played a leadership role in many organizations and initiatives relating to gender equality in the legal profession, the boardroom, and society at large. In recognition of her professional accomplishments and longstanding efforts to help women advance and succeed, Bobbi has received numerous awards and honors.