Last month, the DHS implemented a new rule to systematize its efforts to monitor social media use of intending immigrants and travelers to the United States. 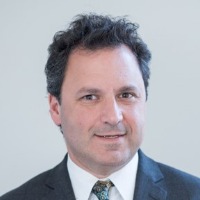 This new development puts into stark focus the ongoing tension between privacy and national security interests.

Our government, on one hand, seeks to know as much as possible about travelers and immigrants coming to the United States so that it can keep out those who intend to do harm to Americans. For decades, visa applications have sought basic biographical information about visa applicants, including aliases or other names they may have used.

Even before this rule was implemented, it was commonplace for DHS officials to engage in “open source research” (e.g., Googling) visa applicants and travelers seeking admission to see if they were, in fact, entering for the proper reasons. A worker coming to the United States whose LinkedIn page showed that he or she was working in a different job than the one for which they were sponsored could perhaps be denied admission at the border based on “misrepresentation.” A similar fate could befall the person seeking permanent residence based on marriage who represents herself or himself being single on their Facebook page.

Some argue that in the internet age it only makes sense to extend this inquiry to the usernames and aliases that are used on social media, particularly when these are public posts on sites like Facebook and Twitter and others. This systematizes the information gathering. Moreover, as a law enforcement tool, what better way is there to find someone’s true essence than on social media when the average person spends two hours per day on Facebook, Twitter, etc.?

Another issue to be raised is viewpoint discrimination. Will tourists and business travelers be barred from the United States for expressing political views critical of President Trump? And what about communication between immigrants and U.S. citizens? Indeed, the current policy as worded includes permanent residents and naturalized U.S. citizens among those whose social media handles will be collected.

While we have yet to see the government routinely ask for social media handles and the other information to which the rule applies, we can expect this to occur in the near future. What remains to be seen is how the government will then use the new information that it gathers through this process.

Brad Ortman offers two decades of experience representing clients in all types of immigration and naturalization matters, providing deep knowledge of the U.S. immigration system, relationships with its players, and an understanding of what will and will not work within the system. He has concentrated his practice exclusively on immigration law since 1997, with a focus on employment-based immigration to help clients compete in the global marketplace. Brad has managed U.S. immigration and global mobility matters for a diverse group of clients, including numerous Fortune 500 companies as well as small businesses and individuals. His experience stretches across a variety of industries including telecommunications, manufacturing, information technology, medicine, academia, and sports and entertainment.