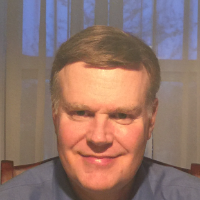 The claimants’ workers’ compensation bar in Pennsylvania scored a significant victory when the state’s high court issued its decision in Protz v. WCAB in June 2017. In Protz, the Supreme Court took the unusual step of declaring a statute unconstitutional.

In 1996, the Pennsylvania General Assembly passed legislation, revamping the Workers’ Compensation Act. One part of the new law was Section 306 (a.2), which provided a weapon for employers to limit their exposure on injured workers’ claims. Pursuant to this section, after a claimant had received total disability for 104 weeks, the employer was entitled to obtain an Impairment Rating Evaluation (IRE). If the physician performing the evaluation determined that the claimant’s whole-body impairment rating was less than 50 percent according to the most recent edition of the American Medical Association (AMA) Guides to the Evaluation of Permanent Impairment and the injured worker had reached maximum medical improvement, benefits were converted from total disability to partial disability and capped at 500 weeks.

The AMA guidelines were such that, unless a person had catastrophic injuries, the impairment rating inevitably came in at less than 50 percent, and by simply filing a petition, the claimant’s benefits were limited to 500 additional weeks.

Protz was the death knell for the IRE process. In that case, after a physician found a 10 percent impairment rating for the claimant, the employer filed a petition and the workers’ compensation judge modified benefits from total to partial, thereby establishing the 500-week cap. The claimant’s appeal went up to one of Pennsylvania’s intermediate appellate courts, the Commonwealth Court. The claimant’s counsel argued that Section 306 (a.2) constituted an unconstitutional delegation of authority by the General Assembly contending that this provision afforded the AMA the authority to establish the criterion under which a claimant is adjudicated partially or totally disabled. The claimant’s counsel also attacked the language in Section 306 (a.2) that the IREs would be performed “under the most recent edition” of the AMA guidelines, noting that when the statute was enacted in 1996, the fourth edition was in place, but 20 years later, the AMA Guides had undergone two revisions, and the current version—the sixth edition—provided much different standards that the prior editions. The Commonwealth Court held that because the General Assembly had failed to review and re-adopt the methodology contained in subsequent editions of the AMA guidelines, the statute was unconstitutional insofar as it proactively approved versions of the AMA Guides after the fourth edition without conducting the necessary review.

The Supreme Court took the Commonwealth Court’s holding one big step further: it declared the entire statute governing the IRE provision unconstitutional. Justice David Wecht, writing for the majority, emphasized that Article II, Section 1 of the Pennsylvania Constitution vests legislative power in the General Assembly exclusively; it cannot delegate the authority to another branch of government or any private entity, such as the AMA. The Supreme Court held that in enacting Section 306 (a.2), the General Assembly impermissibly gave the AMA de facto unfettered control over a formula that ultimately determined whether a claimant’s benefits would cease after 500 weeks. The Commonwealth Court’s remedy of directing physicians to perform IREs under the fourth edition was not enough; the Supreme Court struck down the entire statue as unconstitutional.

The ruling has spawned a spate of petitions. Claimants whose benefits were converted from total to partial based on a less than 50 percent impairment rating have filed petitions based on Protz, and workers’ compensation judges have changed their statuses back to total disability, which lifted the 500-week cap in their benefits. Employers who have filed petitions based on sub-50 percent IREs performed before the Supreme Court’s June 2017 decision have been obliged to withdraw their petitions. So Protz was a big win for Pennsylvania workers’ compensation claimants.