A rundown of important workers' compensation cases in Minnesota over the past year. 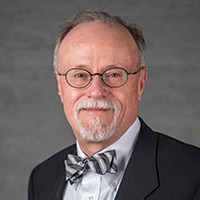 The employee sustained an injury to his neck and low back that arose out of and in the course of employment. He was also treated for a traumatic brain injury and psychological injuries. The parties entered into a full, final, and complete settlement that closed out all benefits with the exception of future reasonable medical expenses relating to the low back and neck. The settlement was approved by a compensation judge. Following the settlement, the employee began treatment with a psychiatrist who diagnosed significant mental disabilities and assigned a 75 percent permanent partial disability rating for the traumatic brain injury. The employee filed a Petition to Vacate pursuant to Minn. Stat. §176.461 (2016). The WCCA determined that the employee’s medical condition had substantially changed and accordingly vacated the Award on Stipulation.

The Minnesota Supreme Court reversed the WCCA decision and determined that it had “abused its discretion” in vacating the award. It further noted that the psychiatrist’s report setting forth a 75 percent rating was lacking in foundation and was without a factual basis.

The employee worked for the University of Minnesota. She slipped and fell on an icy sidewalk walking to an employer-owned parking ramp after completion of her work shift. She was on a public sidewalk which was maintained by her employer. The compensation judge denied the employee’s claim based upon a factual determination that the hazard the employee faced (i.e., icy sidewalk) was no different than that faced by the general public. The WCCA reversed on the basis that the employee was on the employer’s premises when she was walking a short distance from her place of work to the employer-owned parking ramp.

The Minnesota Supreme Court affirmed the WCCA decision and determined that the employee was faced with an increased risk (i.e., the icy sidewalk), and as such, the injury arose out of her employment. The court further noted that the employee was in the course of her employment because she was walking directly from her work site to a parking ramp owned by the employer. In other words, she was traveling between two employer premises.

The employee sustained an injury to her right ankle while working for the employer. She filed a claim seeking payment for an ankle fusion surgery. The compensation judge denied the employee’s claim for surgery and found that the injury was temporary and had fully resolved. The WCCA reversed the compensation judge’s findings and order on the basis that the independent medical examiner’s opinion lacked foundation.

The Supreme Court affirmed the WCCA decision and held that the employer must show good cause to suspend, terminate, or alter rehabilitation benefits. It cited five bases to establish good cause.

The Best Lawyers in the Midwest