The Proverbial Rock and Hard Place 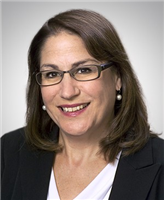 Physicians (and other prescribers) face a dilemma. Physicians are at least encouraged, and at times required, to evaluate pain and take steps to address it. Prescribing opioids has been a necessary part of the standard of care in addressing pain. There are certainly patients who legitimately cannot find relief any other way. However, the obligation to treat patients and address their pain is fundamentally inconsistent with the increasing pressure on physicians not to cause, facilitate, or tolerate patient opioid abuse.

There is no question that opioid addiction and abuse is a serious threat. Physicians take that seriously. For example, it is now typical for prescribing physicians to require and enforce pain contracts with patients, to monitor patients obtaining prescriptions from multiple providers by state-run tracking databases, and to implement policies that no opioids will be prescribed absent extraordinary circumstances.

The competing requirements to treat pain effectively and to manage the risk of opioid abuse put physicians at a crossroads, with regard to liability. On one hand, patients whose pain is not appropriately managed can bring claims, and both payors and regulators can hold physicians accountable and liable in this circumstance. On the other hand, physicians are subject to significant regulatory parameters from federal and state government as well as many other stakeholders in the health care industry for over-prescribing or negligent prescribing.

State licensing boards are one of the most significant sources of enforcement against physicians for opioid prescribing practices. State boards vary widely in their reputation for such enforcement, but there has been an upward trajectory of regulation of opioid prescribing in most states, with clearer guidelines and more significant consequences. Many believe that state boards do not go far enough, and while that may be true, it is vital to recognize the constellation of factors that a physician must balance in making prescribing decisions.

Physicians invite scrutiny from state boards in a myriad of ways, including failure to fully evaluate the need for pain medication, failing to implement or enforce pain contracts, failing to monitor available databases to determine if a patient is obtaining duplicate prescriptions from other providers, believing patient excuses for needing more or early refills, or failing to detect that a patient is likely selling the opioids rather than taking them as prescribed.

Many of these failures come down to a physician’s decision to trust what their patient is telling them.

Physicians are faulted for not detecting that a patient has misrepresented the circumstances, therefore prescribing to a patient who was abusing the medication. Suspecting one’s patient of malingering or outright lying is a skill that physicians develop over time, but it is not a standard part of the traditional physician-patient relationship. While it is difficult to explain this to a licensing board in any given case, determining a patient’s truthfulness is a largely subjective and imprecise process to manage.

Physicians who have been scrutinized or who have observed colleagues be scrutinized by state medical boards may tend to under-prescribe as a protective mechanism, a manifestation of so-called “defensive medicine.” Various physician organizations have warned against the potential consequences of refusal to prescribe opioids to patients who need them based on fear of licensing disciplinary actions.

When a state regulatory investigation is launched against physicians for over-prescribing, there is an increasing trend of simply resigning their DEA registration and their license to prescribe narcotics rather than proceed with the investigation and face reputational and financial damage.

Certainly, controls on prescribing in the interest of patient safety is crucial and a fundamental skill that should be exercised by all prescribers. State licensing boards investigating opioid prescribing issues should also take into account the other pieces of the puzzle, including the physician’s obligation to address pain, the subjective nature of evaluating pain, and patient truthfulness.

What is the solution here? There have been steps in the right direction. Oversight agencies have promulgated guidelines and rules to govern appropriate prescribing and associate patient safety practices. Physicians are obtaining education about identifying patients attempting to manipulate the system and abuse opioids. Awareness has increased exponentially in the medical community. Nevertheless, all of the issues identified here create a dichotomy of pressure that puts physicians (and other prescribers) in a very difficult position. The tug of war between accommodating patient needs and mitigating opioid abuse and over-prescribing is real and should be recognized by state licensing boards in their enforcement activities. 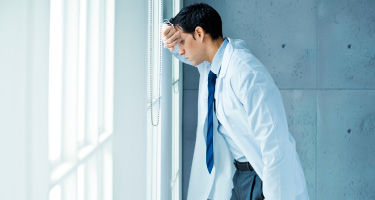