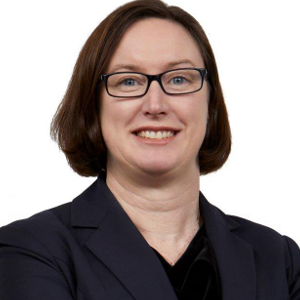 This month’s article reports on the New South Wales District Court decision in Lee v Passiontree Velvet Pty Ltd & Ors [2019] NSWDC 710. This decision concerned a franchisee that had entered into two agreements with the franchisor for repayment of his franchise fee after the franchise did not materialise. However, as the franchisor had entered into administration and its ability to meet any judgment debt was doubtful, the franchisee brought a claim against the director of the franchisor personally, arguing misleading and deceptive conduct. In dismissing the claim, the Court demonstrated its reluctance to imply into a contract’s terms representations as to capacity to carry out those terms.

In 2016 Mr Lee, a Korean businessman, entered into a franchise agreement with Passiontree Velvet Pty Ltd (Passiontree) for a kiosk and café franchise which was to sell cakes, desserts and high tea in Sydney. Mr Lee paid a franchise fee of $400,000 to Passiontree.

The franchise agreement did not contain an express clause permitting Mr Lee to claim back his franchise fee. However, in June 2017 Mr Lee entered into an agreement with Passiontree whereby they agreed to repay the franchise fee in instalments.

By July 2017, it was clear to Mr Lee that Passiontree would be unable to meet the two instalments and a new agreement was entered into in November 2017. This agreement was also not complied with by Passiontree.

Mr Lee was forced to bring proceedings against Passiontree to recover the franchise fee plus interest. However, Passiontree was placed into administration and subsequently entered into a Deed of Company Arrangement. As a consequence, Mr Lee had to apply to the Supreme Court of New South Wales to proceed against Passiontree, as the Corporations Act 2001 (Cth) suspends all actions against a company unless leave of the Court is obtained.

Due to the precarious financial position of Passiontree, Mr Lee joined to his proceeding Mr Kim, who was argued to be a shadow director of Passiontree and claimed the franchise fee as damages from him. The argument put forward by Mr Lee against Mr Kim was that he had engaged in misleading and deceptive conduct by representing to Mr Lee that Passiontree would repay the franchise fee in accordance with the two instalment arrangement.

Section 18 of the ACL as contained in Schedule 2 of the Competition and Consumer Act 2010 (Cth) provides that a person must not, in trade or commerce, engage in conduct that is misleading or deceptive or is likely to mislead or deceive.

Importantly in this case, under section 4 of the ACL, a person engages in misleading or deceptive conduct if they make a representation as to any future matter, if in doing so they do not have reasonable grounds for making that representation.

The Administrator of Passiontree decided that it was not going to make an appearance before the Court.

Mr Kim had retained solicitors, but he dismissed them before trial and was self-represented. However, before dismissal his solicitors had prepared a defence which argued Mr Kim was ignorant of the franchise agreement, denied that the representations were made in trade or commence, and stated that if any representations were made, they were made for the purpose of enabling Mr Lee comply with the regulatory requirements of Korean authorities.

The first issue before the Court was which agreement was the proper agreement for Mr Lee to sue under. Mr Lee argued that it was the franchise agreement and not the two later payment arrangements, partly due to a perceived lack of consideration for those arrangements.

The Court also found that there was consideration given for those arrangements, being Mr Lee’s forbearance of his right to sue Passiontree in restitution to recover the franchise fee he paid in contemplation of a franchise that did not materialise. The Court also considered the second agreement to be a variation of the first arrangement, rather than a completely new arrangement. The proper agreement to sue under was the June 2017 payment arrangement as amended by the November 2017 agreement.

The Court found in favour of Mr Lee, concluding that Passiontree had entered into an arrangement in June 2017 to repay Mr Lee his franchisee fee and that he was entitled to judgment against them for their failure to comply with that arrangement.

The personal claim against Mr Lee was important given Passiontree’s lack of available funds to meet any judgment against it. Mr Lee’s case was that Mr Kim, as shadow director of Passiontree, made one of two alternative representations to Mr Lee that were misleading or deceptive.

The first was that, at the time of entering into the agreement, Passiontree represented as to a future matter, being that when the payments became due and payable it would have the ability to meet those obligations.

The second was that there had been an implied representations made in June and November 2017 when the repayment agreements were entered into that at that time Passiontree had the actual capacity to repay the sums on the dates they were due.

In any event, the Court found that even if there had been a representation, Mr Lee had not demonstrated a causal connection between the representation and his entry into the repayment agreement. Mr Lee did not tend any evidence that he had turned his mind to Passiontree’s capacity to meet the repayment when the agreement was entered into.

The Court rejected the second representation for similar reasons as the first.

Both claims against Mr Kim failed and Mr Lee was ordered to pay Mr Kim’s costs.

This case highlights the Court’s unwillingness to imply into a contract a representation as to capacity to carry out that promise where there is no express warranty. Parties should be cautious in joining directors for representations purportedly made within a contract given the Court has indicated it is only willing to imply representations as to present intention. The case was also a pyrrhic victory in that whilst judgment was obtained it is unlikely to be recovered.

If you have any queries please contact Alicia Hill on 8540 0200 or alicia.hill@mst.com.au

If you're a business owner or looking at starting a new business, you'll need to know the different types of business contracts required by law.