Modification of Spousal Support: How Low Must a Payor Go?

Modification of Spousal Support: How Low Must a Payor Go? 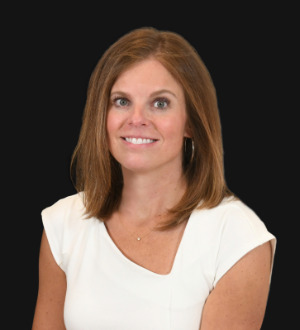 Modification of Spousal Support:  How Low Must a Payor Go?

A client calls and tells you that his income has fallen by 75% in the past year due to circumstances beyond his control, and asks if he can reduce his spousal support obligation.  You assure him that this will not be a problem—a 75% reduction in income is undoubtedly a material change that would justify a modification of spousal support.  Right?

In 2011, the Court of Appeals arguably raised the bar on the burden of proof required to modify spousal support in Driscoll v. Hunter, where it held:

The crucial question, once a material change in circumstances has been shown, is the ability of the supporting spouse to pay…The fact that the payor husband may have to draw from other sources, such as the principal of investment or savings accounts, in order to make his spousal support payment does not by itself require the trial court to suspend or reduce his spousal support obligation.  59 Va. App. 22, 33-34 (2011).

The Court upheld the trial court’s refusal to reduce the husband’s spousal support obligation where he was unable to work due to numerous medical problems, but “readily and admittedly can afford to continue paying spousal support from other sources.”  Id.

As the husband in Driscoll argued, the Court’s reasoning seemed to be at odds with its ruling in Zipf v. Zipf, where it held that a spouse seeking an award of support is not required “to exhaust his or her own estate in order to qualify, relieving the other spouse of all obligation of support until that estate is depleted.”  8 Va. App. 387, 398-99 (1989).  Why must a payor spouse invade his assets in order to support the payee spouse, while the payee spouse has no obligation to contribute to her own support by doing the same?

The Court in Zipf also specifically stated that “[t]he income of the party who is required to pay is the fund from which the allowance of spousal support is to be made.”  Id. at 399 (emphasis added).  But the Driscoll Court dismissed any comparison to Zipf on the basis that the latter case involved an initial spousal support determination, rather than a modification.

Once a material change in circumstances has been established, shouldn’t the remaining analysis for determining whether a modification is warranted be the same as the analysis in an initial spousal support determination?[1]  One would think that in either circumstance, the Court should have to balance the needs of the dependent spouse against the supporting spouse’s ability to pay, and that the principal of the parties’ assets should not be part of the consideration.  However, based on the ruling in Driscoll, the analysis in modification cases begins and ends with the ability to pay—and the ability to pay includes an obligation to invade the principal of any liquid assets.

Accordingly, numerous failed attempts at reducing spousal support have followed in the wake of Driscoll.  For instance, in Cid v. De Cid, Record No. 1952-11-4 (Va. App., June 26, 2012), the husband’s self-employment income fell by 73% three years after the initial spousal support award, from $159,000 to $43,000.  However, the trial court declined to modify his $1,500 monthly spousal support obligation on the basis that he had other sources of income and potential sources of income, “including a bank account with a balance of over $200,000.”  Id.   “Husband did not dispute that he had the continued ability to pay his spousal support obligation despite the reduction in his salary income, and no evidence was presented that Wife’s need for spousal support had diminished.”  Id.

Yet the wife was earning $106,000 annually when the husband requested a modification of support; while the Court found that her need for support had not changed since the initial support award, there was no balancing of her needs against the husband’s ability to pay.  It is well-established that in an initial support determination, “[s]pouses deemed entitled to support have the right to be maintained in the manner to which they were accustomed during the marriage, but their needs must be balanced against the other spouse’s financial ability to pay.”  Floyd v. Floyd, 1 Va. App. 42, 45 (1985) (emphasis added).  In an initial spousal support determination, the fact that a former spouse can pay a certain amount of spousal support does not lead to a default conclusion that he should pay that amount—why should this be the rule in a modification case?

The rule set in Driscoll was again underscored in the Court of Appeal’s recent decision in Lamb v. Lamb, where the Husband’s income fell from $896,000 to $540,000 in one year.  Record No. 2201-14-4 (Va. App., May 12, 2015).  The Court declined to reduce his $8,500 monthly spousal support obligation, finding that he failed to prove that he no longer had the ability to pay it:  “Husband testified that he had paid all of his expenses, including his spousal support obligation, without invading his assets or depleting his savings.”  Id.

The Court found that the Wife’s income, and therefore her need for spousal support, had not changed over the course of the year—but the Wife’s annual income exceeded $300,000.  The result:  after the transfer of spousal support, the parties’ incomes were nearly identical.  Had the initial determination been made when the Husband was earning $540,000, it is likely that the Wife would not have received any spousal support at all, so why should the outcome be different simply because of the fact that it was a modification case?  Spousal support was certainly never intended to equalize the parties’ incomes.

Similarly, in Slye v. Slye, Record No. 1312-13-4, Va. App. (Feb. 4, 2014), the court found a material change in circumstances due to the husband’s reduced income, but denied his request to modify spousal support on the basis that he continued to travel extensively both domestically and internationally, made a $400,000 down payment on a house, and he increased his net monthly income by refinancing the mortgage on his existing home from a 15-year note to a 30-year note.  The Court made no analysis of the wife’s income or need for support at the time of the modification hearing—the finding that the husband had the continued ability to pay the previously awarded amount was the sole basis for the ruling.

So what are we to tell our clients when they ask whether they can reduce their spousal support obligations after suffering a material reduction in income?  If we advise that they begin depleting their savings and investments to pay their ongoing living expenses and make their monthly spousal support payments, it won’t necessarily be sufficient to demonstrate an “inability to pay” under Driscoll—particularly if they are continuing to take vacations or have purchased real property or automobiles, as the Court noted of the husbands in both the Lamb and Slye cases.

Reducing their monthly expenses doesn’t give them a sure shot, either; again, in both Lamb and Slye, the husbands’ efforts to refinance their mortgages were held against them, as they effectively created additional monthly cash flow from which spousal support could be paid.

So where is the line?  Must support payors exhaust their liquid assets and begin accumulating debt in order to have a chance at modifying spousal support?

Driscoll and the subsequent case law regarding modification of spousal support are clear; the cards are stacked against any payor who intends to modify support.  Even a deterioration in health that results in an inability to continue working will not guarantee a reduction in spousal support, so long as the payor has sufficient liquid assets to invade in order to continue making payments.  Unless and until the General Assembly deems it necessary to amend Va. Code § 20-109, perhaps to require a de novo determination of spousal support upon proof a material change in circumstances, many spousal support payors will continue to face a nearly impossible burden of proof when attempting to modify their obligations to reflect their reduced income.

What are ‘Reasonable Steps’ to Protect Personal Information’? 5 Key Lessons from the Privacy Commissioner’s Determinations