Practical points for lawyers (and others). 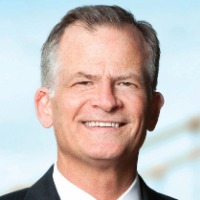 The call never seems to come at an ideal time. It is usually late in the workday or over a weekend, and it often starts with a question from an unusually tense client who asks, “Hey, we have a problem. Do you have a few minutes to talk?”

Perhaps none of my prior cases have been as notable or newsworthy as the January 2014 Freedom Industries, Inc., (Freedom) spill into the Elk River in Charleston, West Virginia.1

The Freedom chemical storage and distribution facility located in Charleston on the banks of the Elk River. On the morning of January 9, 2014, inspectors from the West Virginia Department of Environmental Protection arrived at the facility in response to complaints about a chemical odor. It subsequently was determined that as much as 10,000 gallons of a mixture of crude (MCHM) and ethers (PPH, stripped) leaked from an storage tank at the facility and that some portion of the leaked chemicals flowed into the Elk River. The facility was located approximately 1.5 miles upstream of the intake for the West Virginia American Water drinking water treatment facility. The MCHM/PPH mixture was drawn into the West Virginia American Water intake on the Elk River, thereby contaminating the drinking water system. Later, on the evening of January 9, West Virginia American Water issued a “do not use” order for 93,000 customer accounts (approximately 300,000 residents) across portions of nine counties in West Virginia. After the spill, hospitals reported a noted increase in patient visits, with complaints of a number of symptoms including nausea, rashes, vomiting, abdominal pain, and diarrhea following exposure to the water through inhalation, ingestion, and/or skin contact. Residents affected by the “do not use” order further advised to restrict their usage of tap water for drinking, cooking, and bathing for up to nine days.

While every crisis and how it unfolds is unique, after handling a variety of environmental crisis matters over the years, there are a number of recurring practical points and themes that apply in most situations, including:

This point is axiomatic for any lawyer, but an environmental crisis is no place to be unless you are a very experienced environmental lawyer and are willing to be available 24/7 for the duration of the crisis.

Internal and external communication lines need to be established, centralized, and maintained throughout the crisis, therefore attempting to avoid miscommunications or inconsistent messaging during the crisis.

It is sometimes too easy to dash off a quick email in our busy, digital lives. However, these emails do not always include the proper context and may include what later is determined to be incorrect or partial information (and as such present evidentiary issues in ensuing litigation), so a phone call may be a more prudent form of communication during the crisis.

A crisis often requires quick decision-making without the benefit of detailed deliberation. Regardless, bear in mind (as much as possible) the long-term possible impacts of decisions, such as post-crisis litigation and discovery, stock ownership implications (including accounting implications of cost estimates), company reputation, ongoing relationships with regulatory agencies, and community relations.

If you are fortunate, you will get one chance (and only one chance) to establish credibility and develop a positive working relationship with affected third party stakeholders.

If the client has not already done so, establish point person(s) for making required immediate notifications if another reportable incident occurs, ensure that they know what information is required and who to call, and confirm that they will always be available to make the call if needed.

No one can know everything all of the time. Admit when you do not know the answer to a
question or an issue, and then follow up promptly and appropriately as time allows.

Like trying a large, complex case or handling a major transaction, managing an environmental crisis can be an incredibly challenging and rewarding career experience for an environmental lawyer. These days, most organizations employ a best practices crisis operational/facility response plan and a corresponding crisis communications plan. The best advice is to be prepared for when you get “the call”!

1 The exact facts surrounding the spill have been the subject of intense scrutiny and litigation. For purposes of this article, facts regarding the spill are taken from the U.S. Chemical Safety and Hazard Investigation Board’s Investigation Report – Chemical Spill Contaminates Public Water Supply in Charleston, West Virginia – Over 300 Members of the Public Sought Medical Treatment for Potential Exposure – The Spill Restricted Water Use for Nearly 300,000 Residents (Report No. 2014-01-I-WV, September 2016).
2 The criminal sentences were reported by a number of news outlets, including the Associated Press.

[The notion of residual matter: an obsolete ministerial interpretation, a brake on innovation] TRANSLATED FROM FRENCH