As utilities have undertaken the task of replacing the mains, which the utility owns and to which the customer service line connects, an increased risk from lead in that customer line is exposed. 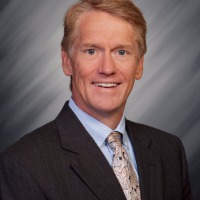 The tragedy in the City of Flint has resulted in considerable introspection concerning the risks of lead in our drinking water. One particularly difficult hurdle is lead service lines. The portion of the service line between the meter and the house is generally owned by the customer. Historically, the utility has not had the right to go onto the customer’s property to replace that line, let alone recover its costs should it wish to do so.

And as utilities have undertaken the task of replacing the mains, which the utility owns and to which the customer service line connects, an increased risk from lead in that customer line is exposed—the disturbance caused the replacement of the utility’s mains increases the risk that the customer line will release its lead into the water as it passes.

For 25 years, the U.S. Environmental Protection Agency (EPA), through its Lead and Copper Rule, has been urging the replacement of lead service lines to minimize the health risks from exposure to lead in drinking water. Until recently, the federal government has provided no funds to address a major impediment to this objective: how will utilities help customers pay for replacing portions of service lines that are owned by the customer? The Water Infrastructure Improvements for the Nation Act, passed by Congress and signed into law late last year, began to address this funding gap by providing grant funding for low-income customers through the Drinking Water State Revolving Fund (DWSRF).

In 2017, Indiana has placed itself at the cutting-edge of facilitating lead service line replacement and is supplementing the federal program. On April 26, the Indiana Utility Regulatory Commission (IURC) issued an order in City of East Chicago, Cause No. 44826, approving a program whereby the Indiana Finance Authority (IFA) will provide low-interest loans to help East Chicago replace all lead service lines in its system. The IFA lowered the interest rate and increased the principal by $3.1 million to provide enough funds for East Chicago to replace the customer service lines without increasing annual debt service payments. The commission explained, “While … it is clear that all ratepayers will be paying … on the proposed $18 million in financing, which includes funding for replacement of customer-owned lines … it would be short-sighted for this Commission to ignore the potential benefits of replacing customer-owned lead infrastructure.” The takeaway from the case for other communities is that the Indiana Finance Authority has funds available for lead service line replacement programs and is willing to enter into innovative financial transactions to help communities address this problem.

At the same the IURC was considering East Chicago, the Indiana General Assembly was enacting House Enrolled Act 1519, which was signed by Governor Holcomb on April 20. This law allows regulated water utilities to propose programs whereby the utility’s investment in replacing the customer-owned portion of lead service lines will be included in the utility rate base upon which it is authorized to earn a return. The new law requires a plan to be filed with the IURC that sets forth, among other things: (1) how the service line replacement will be completed in conjunction with ongoing infrastructure replacement; (2) the anticipated savings from replacing the customer-owned line simultaneously with the replacement of the utility’s mains; and (3) the utility’s proposed method for communicating with customers the availability of the program and for documenting their consent or lack of consent to participate.

In these two moves, Indiana is now at the head of the pack in addressing lead service line replacement and could be creating a model for other states to follow.

Nicholas Kile is a partner in Barnes & Thornburg, LLP and is co-chair of the firm’s energy, telecommunications, and utilities practice group. He is a past recipient of Best Lawyers® “Lawyer of the Year” for energy law and has practiced regularly before the Indiana Utility Regulatory Commission for more than 25 years.