What law firms need to know about translator credentials.

"Translation is that which transforms everything so that nothing changes”: When Nobel laureate Günter Grass said that, he was talking about literature. Yet the sentiment applies equally to legal translation and interpreting, where a single word awry can completely change the outcome of a case. That’s not hyperbole. According to Rina Ne’eman, managing director of LegalTrans.com, “I was once called upon to be an expert witness in a [securities] case involving hundreds of millions of dollars that rose and fell on a single mistranslated word.” The mistake was from Hebrew into English, languages Ne’eman fluently speaks. (In addition to owning a translation company, she has interpreted for multiple Israeli prime ministers and in countless international trials.) That one error, she says, “ended up costing the parties years of expensive litigation” that the right translation team could have prevented.

Finding that team can be difficult. The American Bar Association offers limited insight on translation best practices, publishing a stand-alone blog post or ABA Journal article every few years. The translation industry itself often communicates less than clearly: Ask the National Association of Judiciary Interpreters and Translators (NAJIT) about translator certification and you’re unlikely to get a simple answer. Instead, Board Chair Aimee Benavides shares a link to two infographics, three PowerPoint presentations, and a talking-points PDF.

The problem translation solves is elemental: You need to understand something in a language you do not speak. But the solution—hiring a professional linguist—is a quagmire of terminology and bureaucracy. How can an attorney wade through it all? What does a firm really need to know so translation can transform, but not change, the case? For starters, translating and interpreting are different things. Translation is written, interpretation is verbal. Linguists adept at one aren’t always skilled at the other. This distinction isn’t mere terminology; it’s a matter of law. In Taniguchi v. Kan-Pacific Saipan, Ltd. (2012), the Supreme Court ruled that translation and interpretation are distinct. For Kan-Pacific, a Hong Kong–based industrial cleaning company, conflating them was costly: Taniguchi started after a judge ruled plaintiff Kouichi Taniguchi had to pay Kan-Pacific’s translation expenses from a personal-injury suit. Interpreting isn’t translation, Taniguchi argued, so he refused to pay for it. SCOTUS agreed.

What about certification? For many languages and jurisdictions, there’s no such thing. Ernest Niño-Murcia is a Spanish interpreter who served on NAJIT’s board for two years, exiting this June. He says courts and government agencies, particularly those that deal with immigration, ask translators to “certify their work—which doesn’t really exist in the U.S. like it does in other places.” (Some countries require translators have a government-issued license—just like a physician, psychologist, or dentist—before they can practice.) U.S.-based certification systems exist, but they’re decentralized and might not be applicable to a given legal case. The American Translators Association (ATA) certifies translators, but not interpreters, and this certification is general—not specialized for law. Ne’eman says legal translators “must be specialists in the law. Asking a medical translator to translate your legal documents is like asking your lawyer to take out your appendix.” Also, ATA certification is limited to just 17 of the world’s 7,097 languages.

To ensure quality and admissibility, lawyers may want to require affidavits, which Benavides says are standard given that they define a translator or interpreter’s personal qualifications when certification isn’t available. In this way, linguists are credentialed much like expert witnesses. “Court interpreters and legal translators have a code of ethics and are considered officers of the court,” Benavides says. “As with anyone providing expert testimony, the position that a translation is correct is a rebuttable presumption.” Certification, she adds, is a way to evaluate a linguist’s qualifications.

As confusing as language credentialing can be, it’s tempting to turn to Google Translate or other free online tools. Use of these can breach privilege, though, as it constitutes sharing client communication with an outside party. Such a translation could also wind up publicly visible online, as Norwegian oil-and-gas conglomerate Equinor (then Statoil) learned August 2017 when Translate.com fed company passwords and contracts into Google search results. Furthermore, Ne’eman says, “something that most people—even lawyers—don’t realize about Google Translate is that once you feed your confidential text into the engine, that content becomes the property of Google.”

Free online tools do work well for “extremely general purposes,” Ne’eman admits, but she, Niño-Murcia, and Benavides all agree that quality varies. In another example of a case turning on a single word, June 4th, the judge presiding over United States of America v Omar Cruz-Zamora (2018) kicked out a drug search because the online translation tool police used to ask Cruz-Zamora’s permission to search mistranslated the word “to search.”

“Google Translate is never a good choice for legal material,” Ne’eman says. “Free or cheap translation is always a losing proposition.” Certified or not, translator or interpreter, she contends that “at the end of the day, you get what you pay for.” And that, perhaps—the way a translator or interpreter presents her qualifications and the value she places on her own work—is the clearest credential of all. 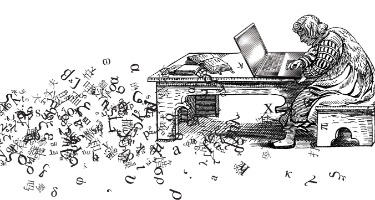