The hemp industry emerges as a powerful global force in natural health care. 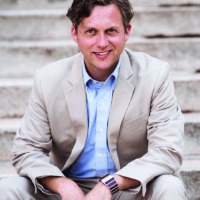 Marijuana is mainstream. According to Marijuana Business Daily, almost 60 percent of Americans live in a state where some form of it is legal. Twenty-eight states have adopted reform laws, and it is one of the few political issues that seem to unite both Republicans and Democrats. (Well, sort of. Attorney General Jeff Sessions continues to wage an almost solitary war against legalization, but that’s another story.) I can’t walk into my local grocery store without seeing a glossy special edition of Newsweek, Time, National Geographic, or some other legacy news magazine dedicated to chronicling the marijuana revolution on sale in the checkout line. Yet, amidst vivid pictures of veterans protesting for the right to use medical marijuana, news releases of celebrities lending their names to emerging cannabis companies, and in-depth stories of the “green rush” and marijuana millionaires, a sleeping giant is awakening that very well may overtake the global cannabis economy.

Specifically, I’m talking about hemp as a natural product. Most people are aware that hemp fiber has been used for centuries. Betsy Ross is famously believed to have the first U.S. flag using hemp. Thomas Jefferson penned the Declaration of Independence on hemp paper. And Henry Ford’s first Model T was not only designed to run on hemp but was in fact largely constructed using hemp. (Henry Ford said that the Model T was “grown from the soil.” It had hemp plastic panels that were reputed to be 10 times stronger than steel.) Today, hemp is being used to develop high tech construction materials and super-powered car batteries.

Yet, despite all of these historic and new developments, hemp for health care is poised to be the economic powerhouse.

This is because of the unique and beneficial way that specialized compounds found in cannabis, called cannabinoids, interact with the human body.

The terms “hemp” and “marijuana” are mostly misleading. Both are the plant cannabis and, in fact, are biologically indistinct from each other. The sole difference between them is their respective concentrations of tetrahydrocannabinol, commonly known as THC. This is the cannabinoid that “gets you high.” It also has a wealth of medical benefits. Because of its psychoactive effect, THC has become the primary distinguishing feature between marijuana and hemp. Marijuana has high concentrations of THC, whereas hemp does not. All cannabis contains at least trace amounts of naturally occurring THC, along with numerous other cannabinoids, though. The law is mostly geared to this distinction. Cannabis varieties with high THC levels are illegal, both federally and in some states. On the other hand (and speaking very generally), plant varieties with low THC levels, pegged at no more than 0.3 percent by federal statute and grown in accordance with a lawful hemp program, are legal.

Hemp is generally grown for its abundance of cannabidiol. Better known as CBD, this cannabinoid is not psychoactive and is responsible for a majority of the medical benefits associated with cannabis. Because of its almost ubiquitous health properties, even listing the medical issues for which it appears to offer benefits comes off as a snake oil medicine advertisement. Yet for over a decade, numerous studies have been written in peer-reviewed publications about CBD’s role in reducing pain, helping to relieve anxiety and PTSD, reducing seizures, as an anti-inflammation agent, and as neuroprotection that can aid victims of concussion, stroke, and even Alzheimer’s. Multiple studies have even confirmed that it reduces certain cancer cells. Big Pharma is rapidly developing CBD-based medication. Even the U.S. government holds a patent—number 6,630,507—on the use of non-psychoactive cannabinoids, such as CBD, to protect and insulate the brain from damage or degeneration.

Because of the enormous role that CBD plays in health, an entire industry has emerged to deliver CBD to people in the form of tinctures, vaping oils, topical applications, oral solutions, and in food and drink products. And although CBD can be derived from marijuana, its economic impact from this source is limited by marijuana’s federal illegal status preventing, among other things, interstate (and international) commerce. However, hemp is legal at the federal level. (This is an oversimplification: hemp’s legal status is complex, rapidly evolving, and in some respects “gray.” A large part of my practice involves advising my hemp and CBD business clients on how to stay on the correct side of the law.)

Being federally legal, hemp is not constrained by the same restrictions imposed on marijuana. This means that hemp-derived CBD can be transported, used, and sold across state and national borders. Numerous interesting legal issues are emerging from this sector, from federal regulatory oversight to banking and finance to marketing and labeling and quality control. But it is clear that hemp, marijuana’s relatively unfettered sibling, is poised to overtake the health industry, both in the U.S. and internationally.