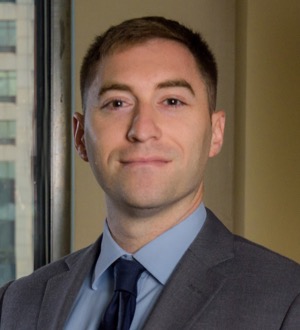 The U.S. Fifth Circuit Court of Appeals recently took extraordinary action in an opinion that considered the alleged seaman status of a plaintiff in a personal injury action. The court originally issued an opinion in which a panel of Judges Patrick E. Higginbothom, James C. Ho, and Kurt D. Engelhardt found that the plaintiff was not a seaman entitled to pursue a Jones Act claim. That opinion was subsequently withdrawn and oral argument was scheduled.

On August 14, 2020, a different panel of the Court made up of Judges Davis, Edith H. Jones, and Don R. Willett determined that, under Fifth Circuit precedent, the plaintiff was a Jones Act seaman. However, in a special concurrence joined by Judges Jones and Willett, Judge Davis called into question two oft-cited Fifth Circuit opinions—one of which was written by him—and recommended that the case before them be taken up by the entire court to bring Fifth Circuit jurisprudence in line with United States Supreme Court caselaw.

Sanchez was a welder employed by defendant, Smart Fabricators of Texas, LLC (“SFT”). He claimed that he was injured when he tripped on a pipe welded to the deck of a jacked up offshore drilling rig. Sanchez filed suit in Texas state court under the Jones Act. SFT removed it to the Southern District of Texas. Sanchez attempted to have the case remanded but the district court denied his motion and also granted SFT’s Motion for Summary Judgment, finding that Sanchez could not point to any evidence to establish his status as a seaman. Sanchez appealed.

The issue before the court was whether Sanchez was a seaman who could pursue a claim under the Jones Act, thereby making his state court lawsuit not subject to removal to federal court. The original panel of the Fifth Circuit analyzed whether Sanchez satisfied the Supreme Court’s test for determining seaman status. There was no dispute that Sanchez’s duties contributed to the function of the vessel or the accomplishment of its mission. The only dispute was whether he had a connection to a vessel in navigation (or to an identifiable group of such vessels) that was substantial in terms of both its duration and its nature. The district court found that Sanchez did not satisfy the second prong and the original panel agreed on appeal.

The district court and the Fifth Circuit both distinguished a prior Fifth Circuit case, Naquin v. Elevating Boats, LLC.  Naquin involved a vessel repair supervisor who spent approximately seventy-five percent of his time aboard lift boats manufactured by his employer while the vessels were moored, jacked up, or docked in a shipyard canal. Naquin sued his employer under the Jones Act and was awarded substantial damages. His employer appealed, arguing that Naquin was not entitled to Jones Act coverage because he was a land-based ship repairman not connected to vessels in navigation. They argued that Naquin was rarely required to spend the night aboard a vessel, the vessels he worked upon were ordinarily docked, and that he almost never ventured beyond the immediate canal area or onto the open sea.

The Fifth Circuit rejected that argument and held that Naquin was a seaman despite his limited experience in open water. The court emphasized that workers involved in operating a vessel near the shore were still exposed to the perils of a maritime work environment and came within the coverage of the Jones Act.

The original Fifth Circuit panel distinguished Sanchez’s duties from those of Naquin’s. The panel stated that while Naquin’s workplace was subject to the “vicissitudes of a navigable waterway,” Sanchez’s work place was stable, flat, and well above the water. They found that Sanchez was a welder, he was injured when he tripped on a pipe welded to the floor, and that this was a circumstance unrelated to any peril at sea. The original Fifth Circuit panel affirmed the judgment of the district court granting SFT’s Motion for Summary Judgment. However, on April 14, 2020, the Fifth Circuit withdrew the original panel opinion and scheduled oral argument on August 6, 2020.

On August 14, 2020 a different panel of the Fifth Circuit issued a subsequent opinion in which it found that Sanchez was a seaman under Fifth Circuit precedent. The court found that the district court’s conclusion that Sanchez was a shoreside worker and that his work did not expose him to the perils of the sea was not in line with Fifth Circuit case law that rejected such a narrow reading of the substantial nature requirement. The court discussed the case of In re Endeavor Marine where a crane operator, who worked on a moored derrick barge, had a connection to a vessel that was substantial in nature because his connection to the barge regularly exposed him to the perils of the sea, namely being on the brown waters of the Mississippi River regardless of whether he actually went to sea.

The court also discussed Naquin, where the lift boats on which the plaintiff worked on were either moored or jacked up or docked in the shipyard canal, noting that they had rejected the argument that work upon those vessels did not expose him to the perils of the sea. In Naquin, the court found no basis to distinguish Endeavor Marine and held that working on a vessel docked or at anchor in navigable waters satisfied the “substantial in nature” requirement. The court held that the nature of Sanchez’s employment was indistinguishable from that of the plaintiff’s in Endeavor Marine and Naquin. Endeavor Marine made clear that Sanchez would qualify as a seaman so long as he was exposed to the perils of the sea even if his duties are on a vessel jacked up next to a dockside peer.

Further, Naquin established that Sanchez can qualify as a seaman if he was doing a ship’s work on vessels docked or at anchor in navigable water. While the district court had emphasized that Sanchez was a land-based welder who went home every evening, the court pointed out its holding in Naquin that such work aboard vessels was not disqualifying.

The court found these cases to be indistinguishable and concluded that Sanchez had shown he had a substantial connection both in nature and duration to the vessels on which he worked and that the district court erred in holding that he was not a Jones Act seaman. The Fifth Circuit reversed the district court’s judgment and remanded with instructions to remand the case to Texas state court.

Of particular importance is the special concurrence that follows the second panel’s opinion in Sanchez.  Judge Davis authored a special concurrence that was joined by Judges Jones and Willet in which he stated that, although the panel was bound by Fifth Circuit precedent, he is persuaded that Fifth Circuit case law is inconsistent with the teaching of the Supreme Court. He stated that it is clear to him that Sanchez was a land-based fitter and welder whose duties did not take him to sea and that he does not qualify as a seaman.

Judge Davis identified three U.S. Supreme Court cases that were important to their analysis of Sanchez’ seaman status. First, McDermott Int’l, Inc. v. Wilander emphasized that maritime workers come within the mutually exclusive coverage of either the Jones Act or the Longshore and Harbor Workers’ Compensation Act (“LHWCA”). Maritime workers who owe their allegiance to a vessel and not just a land-based employer are seamen. Second, Chandris, Inc. v. Latsis framed the “ultimate inquiry” as whether a worker is a member of a crew of a vessel or “simply a land-based employee who happens to work on a vessel at a given time.”  Finally, Harbor Tug & Barge Co. v Papai stressed that the substantial connection determination should concentrate on whether the employee’s duties take him to sea, which would help distinguish land-based from sea-based employees.

Judge Davis concluded that the Fifth Circuit’s precedent in Naquin and Endeavor Marine failed to apply this Supreme Court precedent correctly. Judge Davis was persuaded that the Fifth Circuit “did not correctly follow the Court’s dictates in holding that Sanchez satisfied the nature element of the substantial connection requirement.” All of his work was performed on a jacked-up rig adjacent to a dock, he was never assigned to sail on the vessel, he returned to land every evening, and his work was land-based, never exposing him to the perils of the sea. Judge Davis recommended that the court take the case en banc and “bring [its] jurisprudence in line with Supreme Court caselaw.”