One of the hallmarks of American admiralty and maritime law is the Limitation of Liability Act, which has been in existence since 1851 and permits a shipowner to limit its liability to the value of the vessel after the casualty.

Admiralty and maritime law as a legal specialty has been in existence since the beginning of this nation. Indeed, it is the only area of law specifically referenced in the U.S. Constitution. (See Article III, Section 2.)

One of the hallmarks of American admiralty and maritime law is the Limitation of Liability Act, which has been in existence since 1851 and permits a shipowner to limit its liability to the value of the vessel after the casualty.

For example, after the tragic sinking of the Titanic, the shipowner White Star Line filed for limitation of liability based on the value of the remaining lifeboats plus some monies kept in a safe in New York City. This matter was litigated to the U.S. Supreme Court, and the concept of limitation was held to be valid. It was ruled that the owner of any vessel, even that of a recreational boat, can seek limitation of liability.

Maritime casualties often generate claims well in excess of the value of the vessel after the incident.

“Privity or knowledge is not tantamount to actual knowledge or direct causation. All that is needed to deny limitation is that the shipowner, by prior action or inaction set[s] into motion a chain of circumstances which may be a contributing cause even though not the immediate or proximate cause of a casualty…” (In re Amoco Cadiz, 954 F.2d 1279, 1303–04 [7th Cir. 1992] [citation omitted]). In Amoco, the shipowner was not entitled to limitation of liability because its employees knew about issues with the vessel’s condition but refrained from having the vessel repaired in order to obtain additional profits out of the vessel’s time charter (Id).

In the case of a corporate owner, the question is not what the shipowner’s officers and managers actually knew, but rather what they objectively ought to have known (In re Complaint of Patton–Tully Transp. Co., 797 F.2d 206, 212 [5th Cir. 1986]). Privity and knowledge do not require actual knowledge; it is deemed to exist where the shipowner could have obtained information by reasonable and prudent inspection (In re Complaint of Hercules Carriers, Inc., 768 F.2d 1558, 1577 [11th Cir. 1985]).

When first enacted, the Limitation of Liability Act was drafted to protect this country’s shipbuilding and maritime industry from potentially unlimited liability during a period of time in which maritime casualties were not altogether uncommon. Today, with the benefit of modern technology, maritime casualties do not occur at the same frequency—but when they do occur, they have the penchant to generate death, grievous injuries, and significant damages. The Deepwater Horizon is a perfect example of this tendency and the size of these losses in comparison to the value of the vessel after the casualty sparked condemnation by the general public and politicians.

Despite public criticism, the Limitation of Liability Act remains on the books, so to speak, and its language has remained largely intact since 1851 (See 46 U.S.C. § 30505 et seq.). As such, limitation remains a viable defense to any shipowning interest, and its enforceability depends on a close examination of applicable case law and a careful evaluation of the facts and circumstances leading up to the casualty.

Ethan Price-Livingston received a B.A. in anthropology from New York University and his J.D. from Cardozo Law School. He works in the litigation department of Cozen O’Connor’s New York office.

David Y. Loh is the current co-chair of the ABA Admiralty Litigation Committee and has specialized in the area of admiralty and maritime law for more than 25 years. He has been a member of Cozen O’Connor since 2007. 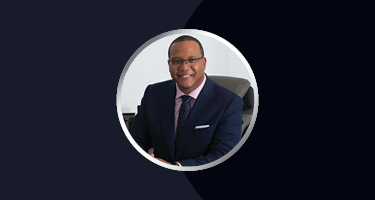 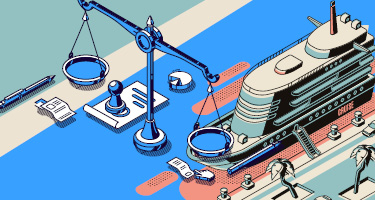