Buyers beware and homeowners prepare. "Close to Clicks" theory anticipates that e-commerce giants like Amazon are in the market for property in areas where shipping costs can stay low, but can still fulfill next-day and same-day deliveries.

Nearly half a year has gone by since Amazon’s search for a new headquarters was making headlines. Though the e-commerce giant has yet to declare where its new home will be located, it is important to realize that Amazon, along with other e-commerce companies, is already shaping how we live.

Back in June, Amazon officially opened its 855,000-square-foot Opa-locka fulfillment center to the public. Aside from the fact that this warehouse space is roughly the size of 14 football fields and brings Amazon’s industrial footprint in Miami-Dade county to around 1.5 million square feet of space, this opening is indicative of a larger, more important trend: e-commerce dominates our industrial real estate market.

Industrial real estate in Broward and Palm Beach has also greatly benefitted from the expansion of e-commerce. A recent market report showed that industrial development in Broward and Palm Beach was robust, especially given South Florida’s distinctive position as the conduit between Latin America and the United States, and the increased demand for goods attributable to robust logistics and e-commerce. With the industrial inventory of Broward County standing at 96.9 million square feet, unprecedented development activity will continue to be standard now and far into the future as well.

Dubbed by pundits the “Close to Clicks” theory, e-commerce distributors have been tasked with seeking out distribution centers that are closer to densely populated areas. This way, these companies can quickly reach much of the local population to fulfill next-day and same-day deliveries while still keeping shipping costs relatively low. With e-commerce sales totaling $517.36 billion in 2018, out of which Amazon accounted for nearly half, the “Close to Clicks” theory is rapidly transforming itself into a fixture for the foreseeable future.

Regarding our sunny South Florida market, e-commerce companies have been especially invested in exploring “Close to Clicks” sites. Currently, Miami-Dade is composed of 2.7 million residents, making it the seventh most populated county in America, and its neighboring Broward County boasts a population of 1.9 million residents. That information, coupled with the fact that Miami was also recently rated as the sixth-fastest-growing population nationwide, indicates that the demand for well-managed, well-situated industrial warehouse space will continue to be important in South Florida as a whole.

It should be noted that as e-commerce sales have been taking off, the retail sector has been experiencing some difficulties over the past years. In fact, the number of retail stores that closed by April of this year already exceeded the total for 2018, signaling the major problems the retail industry faces, particularly excessive employee turnover and lagging technological implementation, will only be exacerbated by the rise of e-commerce.

Furthermore, many of the malls these retail stores reside in are becoming less attractive, with major anchor department stores—JCPenney and Macy’s to name a few—closing down several locations this year alone. As a result, across the country, properties that were once home to retailers have either already become or are in the process of becoming major industrial centers for e-commerce companies including, you guessed it, Amazon.

Interestingly enough, another major caveat of this industrial real estate search in South Florida is our natural geographic setting. In a region that has already witnessed oil drilling in the Everglades, experienced agriculturally induced algae blooms killing aquatic life, and observed the flooding of high-risk coastal construction, even more development might be coming in the future.

After all, with the Atlantic Ocean to the east and the Everglades to the west, industrial developers have had to get creative to find the ideal location for the coveted, last-mile center. Whether by refilling lakes or building atop construction debris landfills, our unique South Florida typography may become forever altered, with the creation of more industrial warehouse space needed to meet our e-commerce demands.

Retail troubles and environmental concerns aside, the strength of e-commerce, and as a corollary the creation of “Close to Clicks” sites, will be a staple of South Florida for years to come. As written by Larry Genet, a Senior Vice President at CBRE, Inc., in an article for Forbes, “The popularity of e-commerce is not just hype; it is real and only just getting started.” He goes on to explain that industrial real estate investment and development has been the “most attractive sector … for three years in a row” and that “companies like Amazon … will continue to force the evolution forward.”

More health care companies than ever see the value of robust partnerships in a constantly changing industry. 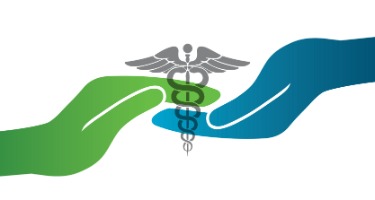