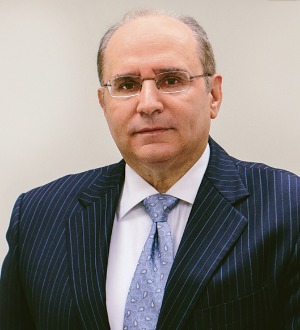 Many of our clients believe that because of their age and circumstance that it is too late for them to protect their assets from the cost of long-term care.  While it is always better to start the process when one is younger and in good health, it is never really too late to do the planning.  It is not unusual for clients who are in their 80s and 90s to engage in long term care planning by transferring their assets to a Medicaid Asset Protection Trust so as to start the clock running on the five (5) year look back period for nursing home Medicaid eligibility.  Doing so does not impact the client’s eligibility for home care Medicaid (which does not have a look back period). In fact, one can be a nursing home resident and still be able to protect approximately forty-five percent (45%) to fifty percent (50%) of one’s assets by implementing a Medicaid crisis plan.

Several years ago, after completing a presentation for a local bar association, a fellow attorney approached me and recounted a conversation he had with a member of the Board of Directors for the nursing home where his mother was admitted (the fellow attorney was also a member of the Board for the nursing home).  It was explained to the attorney that because his mother (a widow) had $500,000 in non-IRA/retirement savings she needed to pay the nursing home privately (“spenddown”) until she had no more than $14,000 in savings. (Presently the amount would be $15,750.)

To the dismay of my colleague, his mother’s situation was a classic example of a case requiring the implementation of a Medicaid crisis plan. If and when a single individual (no spouse, divorced or widowed) needs to enter a nursing home for long term care, and he or she has assets or resources which are significantly greater than the amount permitted for Medicaid nursing home eligibility ($15,750 for 2020), the implementation of a Medicaid crisis plan is often the most logical and prudent option available.

In the simplest of terms, a crisis plan is a plan wherein, immediately prior to the filing of a Medicaid nursing home application, approximately 40-50 percent of one’s assets are gifted to children and/or other loved ones. At the same time, the balance of one’s assets are transferred to the same children and/or loved ones in consideration of a special promissory note or annuity agreement signed by the children or others in favor of the Medicaid applicant.  The promissory note or annuity must comply with the requirements of the Deficit Reduction Act of 2005 (DRA).  The transfer is a loan that will be repaid during the period of ineligibility for Medicaid described below.

Once the gift and loan are made and the applicant has no other non-retirement assets in his or her name, the application for nursing home Medicaid is filed. Because a gift (uncompensated transfer) has been made, the application will be denied by Medicaid and Medicaid will calculate the period of ineligibility created based on the dollar value of the gift.  For example, if the applicant has $500,000 of resources and makes a gift of $250,000, in Westchester County, said gift, utilizing the divisor of $12,636 per month (the Medicaid regional nursing home rate for 2019, as the Northern Metropolitan region for 2020 has not yet issued), would create a period of ineligibility for Medicaid nursing home of 19.78 months. Thus, the Medicaid applicant would have to privately pay for nursing home care for 19.78 months.  Said payments will be made by using the applicant’s monthly income, such as social security and/or pension, required minimum distribution along with payment required by the promissory note being repaid to the applicant.  This calculation requires a variety of factors to be considered, such as the private pay cost of the nursing home, the monthly income of the applicant and an actuarial calculation of the promissory note and/or annuity payment to be made during the period of ineligibility for Medicaid. The amount paid to the nursing home must always be less than the nursing home’s private pay rate, pursuant to Medicaid regulations.

Once the ineligibility period imposed by Medicaid has expired, the Medicaid application is brought up to date and resubmitted, and the applicant should then be approved for nursing home Medicaid.  If the potential applicant is married, a crisis plan is not utilized as a Medicaid application with spousal refusal is normally the best option.

While the implementation of a crisis plan would be necessary for an asset-owning applicant for nursing home Medicaid, it would not be necessary if Medicaid home care was a viable option.

Thus, as can be seen from the above, it is never too late to engage in Medicaid and long-term care planning.  The implementation of a Medicaid crisis plan, when possible, is an extremely valuable tool in helping to prevent the unnecessary dissipation of all of one’s life savings in the event nursing home care is required. However, if one has engaged in Medicaid asset protection planning in advance of needing nursing home care, the ability to shelter and protect virtually all of one’s life savings from the cost of care is even more likely. Planning well in advance of needing care is the best course of action.

Anthony Enea, Esq. is a member of Enea, Scanlan & Sirignano, LLP with offices in White Plains and Somers, New York.  He is a past chair of the Elder Law and Special Section of NYSBA and Past President and Founding Member of the New York Chapter of NAELA.  He is a member of the Counsel of Advanced Elder Law Practitioners of the National Academy of Elder Law attorneys. His telephone number is (914) 948-1500.

Planning for Long-term Care: The Ten Most Common Mistakes

To Gift or Not to Gift? Tis the Question for the Season!

What is a Power of Attorney?