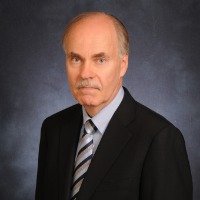 Politicians, presidential candidates, pundits on both sides of the political spectrum, populists, and even law students looking for hot topics on which to write law review articles, are in agreement: Big Tech is too big. Apple, Amazon, Google, and Facebook, in particular, should be put under the antitrust microscope or, more bluntly, should be made to feel the weight of the antitrust club on their shoulders. Some—maybe all—Big Tech companies should be broken up. And if our current antitrust laws aren’t up to the job, it’s time for new laws. The Sherman Antitrust Act, passed in 1890, and the Clayton Antitrust Act, dating back to 1914, should be upgraded.

But does a one-size-fits-all approach make sense? The four companies drawing most of the criticism today do different things: Apple depends on the iPhone for almost two-thirds of its revenue. Amazon derives half its revenue from its online marketplace and, while its fastest growing segment is now physical stores, its web services are the company’s most profitable segment. Although Facebook and Google derive the vast majority of their revenue from ads (98.5 percent for Facebook and 85 percent for Google in 2018), one is purely a social media company and the other provides search functions, maps, YouTube, and other products beyond the Google brand under the Alphabet umbrella.

From the time the last revolution in antitrust thought began in the mid-1970s, through the Supreme Court’s recent Amex decision, the focus of U.S. antitrust law has been on competition. “The goal,” the Supreme Court wrote in Amex, “is to ‘distinguish between restraints with anticompetitive effect that are harmful to the consumer and restraints stimulating competition that are in the consumer’s best interest.’” The goal is the same when the enforcement agencies examine mergers: their job is to predict the effect of a particular deal on competition.

But it is competition—and not individual competitors—that the antitrust laws seek to protect. When one company makes a better mousetrap, its rivals are hurt as customers flock to the improved product. Unless rivals can keep pace, some will fail. Antitrust policy that hobbles successful companies and focuses on protecting competitors won’t help consumers: it deters innovation and rewards complacency. As a result, U.S. antitrust law doesn’t condemn a company for being big. U.S. law doesn’t even condemn monopoly as such—it forbids behavior that harms competition.

What does this mean for the Greek chorus who call for stronger antitrust enforcement, the breakup of Facebook (and others), and a reboot of current antitrust law? Three things:

First, ranting about size is no substitute for careful analysis. The Department of Justice’s Antitrust Division and the Federal Trade Commission understand some technology companies deserve careful scrutiny. The agencies recently divided responsibility for the big four: reports indicate the DOJ will concentrate on Apple and Google, while the FTC’s newly created tech task force will take Facebook and Amazon. But if the enforcers open investigations into any of these companies, and later bring cases, they must do so within the confines of existing antitrust law. They must bring cases that make economic sense, where they can show competition is at risk. If cases are brought, the only safe prediction is that each will be different and fact specific. A case must be brought with a theory of how identified conduct harms competition. Apple can’t be charged with monopolizing smartphones without taking into account Android-based phones (which swamp Apple in the worldwide arena). Amazon faces thousands of competitors in the retail space, with the exact competitive lineup changing depending on the product examined. In fact, Amazon’s role typically has to been to inject new competition into a market rather than suppress competition.

Second, going back to review and second-guess decisions that allowed certain mergers to proceed won’t be easy. Facebook’s purchase of Instagram, Google’s acquisition of DoubleClick, and Amazon’s takeover of Whole Foods have all been reported as potential targets for retrospective review and possible enforcement action. But each deal was different. Despite what we think we know now, it won’t be easy to show—even in retrospect—that a particular deal harmed competition. Consider Facebook’s purchase of Instagram in 2012. It’s fashionable today to say that the world’s competition enforcers made a mistake when they cleared the deal. If only the enforcers had done something, Instagram—with a billion worldwide users in 2019—would be squaring off against Facebook, giving social media consumers a choice. Maybe. But in 2012, Instagram had a small staff, earned no money, had only 30 million users, and was in need of serious technical and other help to have any realistic chance of survival. A study prepared in May 2019 for the U.K.’s Competition and Markets Authority acknowledges that “Instagram’s growth has significantly benefited from the integration with Facebook” and its success in monetizing user attention “likely benefited from Facebook’s guidance and expertise.” Any antitrust authority that seeks to force Facebook to divest Instagram must show this isn’t so, and that in the hypothetical world where the merger didn’t happen, Instagram would have succeeded and grown on its own. Hard to do.

Other mergers offer even less fertile ground for second-guessing. There was no theory on which to challenge Amazon’s acquisition of Whole Foods as anticompetitive in 2017, when the companies merged. And there still is no theory on which to criticize the agencies today for standing by and doing nothing. To the contrary: in retrospect the acquisition clearly appears to have benefited consumers. To name just two benefits: service in the grocery industry has improved, with large chains scrambling to compete to deliver groceries, and Prime members who shop at Whole Foods enjoy discounts they previously wouldn’t have obtained.

"It's hard for me to believe there won't be some ways to improve an antitrust statute that was written more than 100 years ago."

Third, if we can’t point to a wholesale failure to enforce existing antitrust laws, does this mean we need new antitrust laws? Or should we simply break ’em up?

Rep. David Cicilline, the Democrat from Rhode Island who chairs the House Antitrust Subcommittee, said in June, “It’s hard for me to believe there won’t be some ways to improve an antitrust statute that was written more than 100 years ago.”  This shows a fundamental misunderstanding of the antitrust laws—which is somewhat disturbing for the individual in charge of antitrust policy in the House of Representatives. Both the Sherman and Clayton Acts were written more than a century ago. Each is short. Each enjoins behavior that harms competition. Neither prescribes how that injunction is to be carried out. Both give the courts final authority to decide, based on the economic understanding of the age, how best to promote consumer welfare. Our nation’s antitrust laws, as Justice Thurgood Marshall wrote in 1972, “are the Magna Carta of free enterprise.” Under our antitrust regime, it is the job of the courts to adapt to changing times and adopt new interpretations of the law. Any revision of our antitrust statutes—to be more specific and more topical—far from improving our ability to deal with our age’s competitive threats, will catch in aspic a particular moment’s understanding of competition. Unless we are now blessed with complete foresight, and there is nothing left to discover, this will produce poor public policy results within a few short years. We should resist the temptation to tinker with our statutes. We should leave to the courts of tomorrow the flexibility to design solutions to tomorrow’s problems. And leave to them as well the strength to resist tomorrow’s populists.

Or, should we simply give up on antitrust law and just start breaking up Big Tech? This is Sen. Elizabeth Warren’s prescription. She wants us to break up any company that runs a marketplace and makes more than $25 billion a year. Following this prescription, all of Big Tech needs to be busted. According to Warren: “Twenty-five years ago, Facebook, Google, and Amazon didn’t exist. Now they are among the most valuable and well-known companies in the world. It’s a great story — but also one that highlights why the government must break up monopolies and promote competitive markets.”

Here’s a non sequitur: If a company is successful, it must be broken up.

A final thought. There are five (not four) Big Tech companies. The biggest company of all, measured by market capitalization: Microsoft. The government wanted to break it up 20 years ago. That didn’t happen. Today, of all the Big Tech companies, Microsoft has the most diversified sources of revenue; it competes in market after market. It was the subject of a traditional antitrust enforcement action in the late 1990s, which it lost. Microsoft stands as a lesson that our antitrust laws are strong. That these statutes don’t need to be changed. The calls to change these laws, or worse, to break up the companies that make this country the envy of the industrial world, are terribly misguided.

Douglas Ross is a partner in the Seattle office of Davis Wright Tremaine and an affiliate instructor at the University of Washington Law School, where he teaches antitrust. Best Lawyers has named him as Seattle’s Lawyer of the Year in both Antitrust and Health Care Law. He is a past officer of the American Bar Association’s Section of Antitrust Law. Before entering private practice, Mr. Ross spent three years at the Antitrust Division of the U.S. Department of Justice. He received his J.D. from Columbia Law School, where he was a Harlan Fiske Stone Scholar.