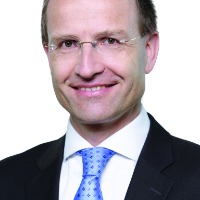 EU and German antitrust regulators confirmed investigations on allegations of among a group of German carmakers. It is alleged that some of the biggest carmakers have colluded to fix prices using industry committees.

Based on reports in the media, have already submitted leniency applications.1

Both suppliers and customers of the alleged infringers might be interested in claiming back the overcharges they had to pay. Fortunately for them, the Austrian legislator just recently implemented the EU Directive on Antitrust Damages Actions (Directive 2014/104/EU) by enacting the Cartel and Competition Law Amendment Act 2017, which entered into force retroactively on December 27, 2016, and is applicable to all harm incurred after December 26, 2016. Compared to the old legal regime, these new rules significantly facilitate the enforcement of private antitrust damage claims in Austria.

A successful claim for damages for antitrust infringements requires that an unlawful and culpable infringement be causal to the occurrence of harm. Due to the ongoing investigations by the European Commission, it should be noted that any final decision by a competition authority has a binding effect for the establishment of such an infringement. Thus, if the European Commission comes to the conclusion that the carmakers colluded on fixing prices and therefore violated Article 101 paragraph 1 TFEU, any damaged party will “only” have to establish the damages incurred and a causal link between the infringement and such damages. the new legal regime stipulates a presumption of occurrence of harm in cases of cartels between competitors, which also facilitates the enforcement of claims for antitrust damages against the carmakers.

In case an infringement is determined, the carmakers will be jointly and severally liable for all harm caused. Therefore, an injured party can also claim damages from other parties to the infringement from which it did not purchase goods or services (e.g., someone bought a car from VW and now claims damages from Audi). One of the main exceptions this general rule, however, is the existence of a leniency application: leniency applicants are in principle only liable for damages caused to their direct and indirect purchasers or suppliers.

Compared to the old regime, injured parties may now benefit from new rules on disclosure of evidence, which have so far been unknown in Austria. A party for antitrust damages claims proceedings can make a reasoned application for the disclosure of evidence by the opposing party or by a third party. In the next step, the court has to decide based on a proportionality test whether such a request has to be fulfilled, taking into account the legitimate interests of the parties. It be noted that leniency statements or settlement submissions in the files of the competition authorities are never permitted to be disclosed and documents prepared specifically for the proceedings before a authority may only be ordered after the proceedings were closed. Due to the fact that these disclosure provisions are a novelty in Austria and several rounds for disclosure can be made during the same proceeding, it can be expected that the proceedings will take longer.

Lastly, it should be stressed out that the right to claim damages is time-barred after five years from the date the injured party knows or reasonably should have known of (i) the identity of the infringer, (ii) the antitrust infringement, and (iii) the fact that the antitrust infringement has caused harm to it. However, according to the Austrian Supreme Court, the requirement of “reasonably should have known” should not be stretched too far: newspaper articles on ongoing cartel proceedings do not present a sufficient objective basis for a successful antitrust damages claim—the injured party’s duty to investigate should not be overstretched (OGH 2.8.2012, 4 Ob 46/12m). Thus the current media attention on the alleged German cartel is not sufficient to start the limitation period. Ultimately there is an absolute limitation period of 10 years as of the occurrence of harm. However, both of these periods are suspended by pending proceedings before competition authorities as well as by settlement negotiations.

Customers or suppliers potentially harmed by the alleged cartel should therefore carefully monitor the development of the proceedings before the competition authorities.