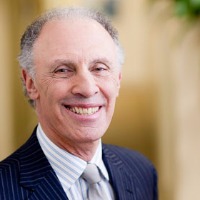 This will report on Montreal Convention case involving the definition of “bodily injury.”

For those not familiar with the Montreal Convention, it is the international scheme that governs of air carriers in international travel for injury or death to passengers on board aircrafts, as well as damages for destruction and/or delay of baggage and cargo.

The only basis for exoneration from liability is if the carrier can prove that the damage was caused or contributed to by the person claiming compensation or the person from whom he or she derives his or her rights. Liability is capped at 100,000 Special Drawing Rights (SDRs) or about $160,000 if the airline can prove that it was not negligent or that the injury or death was wholly caused by a third person. If the airline fails to show that it was not negligent, liability is unlimited.

A leading Supreme Court case, Air France v. Saks, has held that an “accident” means an abnormal or unusual condition external to the passenger. Not all injuries are accidents, however. In the Saks case, a passenger lost hearing in one ear due to pressurization. However, it was shown that the pressurization system of the airplane was operating normally and that the hearing loss was due to the passengers own abnormal reaction to a normal condition. This, the Court said, was not an “accident” under the Convention.

The were a mother and son who were traveling to Nigeria from the U.S. for a funeral on an international air carrier. It was claimed that the son had a medical condition that required special prescribed nutrition. The mother had enough of this special nutrition in her carry-on for the flight. but checked the rest of it in her luggage. The bags never arrived in but were ultimately returned to her at her residence in the U.S. The complaint alleged that the delay of the luggage constituted an “accident” under Art. 17(1), which caused the mother emotional distress and the son physical injury in the form of “dehydration” since he was deprived of his special nutrition due to the baggage delay. The mother returned to the U.S. with the son earlier than planned and missed the funeral because of the son’s condition.

The defendant airline moved to dismiss arguing that (i) the delay of luggage cannot be considered an accident, or else Art. 19 (which provides for liability for baggage delay) would be mere surplusage, nor does it constitute an “abnormal or unusual condition external to the passenger” as defined in the Saks case; (ii) if the delay could be considered an accident (which was denied) since the injury did not happen while embarking, on board, or disembarking and because the son’s “dehydration” developed well after the flight arrived; and (iii) “dehydration” is not a “physical injury” under the convention, citing several cases where hunger or thirst suffered by passengers who were delayed on a flight did not constitute physical injury, which is meant to cover some physical trauma or damage to the body and not just deprivation of food or .

On October 2, 2017, the U.S. District Court for the Southern District of New York agreed with the airline’s position and dismissed the claims for injury and emotional distress in Angela Ojide et al. v. Air France et al., U.S.D.C. S.D.N.Y., case no. 17-civ-3224 (KBF)(dec. Oct. 2, 2017). The court did not address the issue of whether the baggage delay was an “accident,” but held that dehydration or food deprivation was not a “bodily injury,” and even if they could be so construed, the injury did not occur onboard the aircraft or “in the course of any of the operations of embarking or disembarking.” The court further held that emotional distress absent physical injury was not recoverable under the convention, citing Ehrlich v. Am. Airlines Inc., 360 F.3d 366 (2d Cir 2004). The convention itself expressly excludes liability for emotional distress in the absence of a physical injury. Because there was no “physical injury” either to the mother or the son, there could be no recovery for the mother’s emotional distress. The decision is a very useful reconfirmation of the definition of bodily injury under the convention.

Christopher B. Kende focuses his practice at Cozen O'Connor on international insurance, reinsurance, aviation, and marine matters. Christopher has more than 30 years of experience in handling major complex multinational litigation in the areas of insurance, reinsurance, environmental law, aviation, and admiralty and maritime disputes. His experience includes virtually every aspect of pre-trial, trial, and post-trial proceedings in state and federal courts around the country.