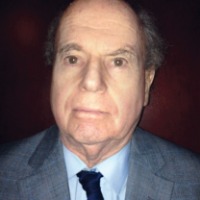 Our new president is no friend to the First Amendment. He has advocated curbs on journalists, violence against political demonstrators, and harsh punishment, such as imprisonment and loss of citizenship, for protesters who burn an American flag.

It is true that the Amendment’s framers would not have thought of flag-burning as “speech.” It was not that they were strangers to non-verbal expression—remember the Boston Tea Party?—but the discourse most familiar to them was verbal: a newspaper article or an address on the town green. And that is what they wanted to protect.

Today, though, times have changed. The town greens are empty, and many Americans lack access to a newspaper or other media outlet: they are not prominent enough for their speeches to be reported by a newspaper, articulate enough to write for one, or affluent enough to advertise in one. Even the Internet has not broadened expressive opportunities for those who lack computers.

An indigent speaker today who wishes to communicate to a sizable audience must find a way of attracting media attention—like publicly burning a flag.

The flag-burning controversy therefore implicates the ancient debate over whether constitutional language should be construed as its authors literally intended (what proponents call “originalism”) or flexibly, so that original values are protected under modern conditions. But it implicates, as well, an issue unique to speech clause jurisprudence.

The flag-burners prevailed in Johnson and Eichman because they were prosecuted under legislation that specifically targeted flag-burning. The Court pronounced the legislation “content-based” because it was enacted to suppress an offensive message. In consequence, it was subjected to “strict” judicial scrutiny, a standard that effectively foredoomed it.

If instead the law had simply prohibited the public burning of any object, the result would probably have been different. The law would then have been characterized as “content-neutral” and hence received a lower level of scrutiny: notionally “intermediate,” but in practice quite permissive. Under this standard, for instance, the Supreme Court upheld a regulation prohibiting demonstrators from camping overnight in Washington-area parks, even when their purpose was to dramatize the plight of the homeless. The government’s concerns, such as aesthetics and administrative convenience, outweighed the importance of speech.

The content-based versus content-neutral dichotomy is flawed. It mutes impecunious speakers who must employ unconventional means of expression and, lacking property of their own, use public property to reach desired audiences. Further, it has content-based impacts, which means the muted speakers are the ones most disposed to challenge the mainstream.

Law schools once taught that speech occupied a preferred position in relation to other values and was a means for people without property or power to acquire both. Today it is subordinate to aesthetics and administrative convenience, and one needs property and power in order to speak. Mr. Trump’s judicial appointees are unlikely to rectify the imbalance.