The Future of the First Amendment

When the future isn't free. 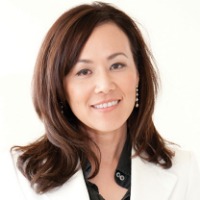 Promptly after Sally Yates issued this statement, she was fired.

In the days following Trump’s inauguration, the importance of the First Amendment has reached heights rarely seen in American history. Government efforts to limit First Amendment rights have also reached historical heights. While the removal of Ms. Yates may be legal,1 it highlights for the public what they perceive as the president’s continued battle with the freedoms of speech and religion. (Minutes after Ms. Yates was fired, the White House issued a statement that she, who served the United States for three decades, had “betrayed” the DOJ with her memo.)

Trump issued an executive order banning all Syrian refugees indefinitely and banning people from seven mostly Muslim countries (Iran, Iraq, Libya, Somalia, Sudan, Syria, and Yemen) for 90 days, which sparked spontaneous mass protests in airports across the country. The Environmental Protection Agency was ordered by the Trump administration to freeze all grants and contracts, and employees were told not to speak to members of the press about it.

White House advisor Steve Bannon has described the media as the “opposition party,” which should, in his words, “keep its mouth shut.”2

At least six journalists were charged with felony rioting for covering Inauguration Day protests that turned violent, according to The Guardian.3 Such severe charges against journalists reporting on a newsworthy public event are highly unusual in modern American history. To the public, the charges appear to be linked to a hostile climate fostered by Mr. Trump. The tension between Trump’s policy positions and the previously undisputed right of concerned citizens to challenge such positions is palpable.

If there is any context where this tension will be felt the most, it is the rights of the public to monitor law enforcement officers—that is, to observe, photograph, and film police as they perform their duties. In October 2016, before Yates made an unwise career move, the DOJ Civil Rights Division filed an amicus brief in the Third Circuit supporting the plaintiffs in Fields v. Philadelphia. In Fields, the district court had dismissed plaintiffs’ First Amendment retaliation claims, holding that there was no right to record police without engaging in additional forms of expressive conduct.

The DOJ argued—on behalf of the plaintiffs—that increased recording of police conduct furthers the United States’ interest in promoting constitutional policing. It argued that photographing, video or audio recording police activities are protected because each act of recording enables of an expressive work. The recording is also protected as an information-gathering activity that later enables protected speech.

Or at least it properly enabled such commentary according to the Obama DOJ. Whether the newly installed Trump DOJ will be the same view remains an open question. Indeed, early impressions suggest that the basic premise of the amicus brief—that critical commentary of police is valuable in a democracy—won’t find much purchase in a “law and order” regime. Having previously argued in an amicus brief for a broad reading of the First Amendment, it remains to be seen whether the next attorney general will ensure that the positions the DOJ takes in court remain consistent with the institution’s solemn obligation to always defend the citizenry’s constitutional rights.

1 In Garcetti v. Ceballos, 547 U.S. 410 (2006), the Supreme Court found that a district attorney’s speech criticizing his employer was not subject to First Amendment protection because his statements were made in his position as a public employee rather than as a private citizen.