Are Financial Penalties for Breaching an Employment Contract Legal?

Are Financial Penalties for Breaching an Employment Contract Legal? 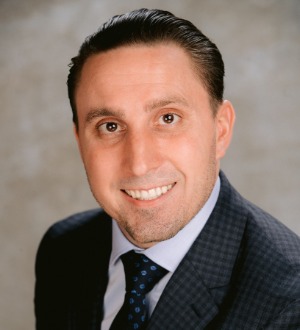 In many situations, a financial penalty for breaching an employment contract due to early termination is enforceable. However, courts have found that a penalty for breaching a contract that is excessive and therefore coercive may not be enforceable. If you have questions about the enforceability of a financial penalty term in your employment contract, talk to an Ohio Employment Lawyer at Mansell Law.

Coercive contracts like those described herein are often present in the healthcare industry. It is especially common for companies to recruit nurses from foreign countries, offer to pay for and sponsor their Visa to work as a nurse in America, and then impose significant financial penalties if the nurse leaves his or her employment before the end of the contract term. In some of these situations, courts have found that these contractual penalties are unenforceable because they violate the Trafficking Victims Protection Act (TVPA).

Why does my employer require me to pay money to end my contract early?

Employers often incur upfront costs when hiring new employees, such as relocation expenses and training. Because of this upfront cost, employers can require employees to sign contracts that commit them to working for the company for a specified period of time. This ensures the company reaps the financial benefit of the employee after expending resources to hire and train that employee. To enforce these contracts and ensure the company does not lose money on new hires, employment contracts may require an individual who leaves their employment before the end of their contracted term to pay a financial penalty. For example, if an employee breaches his or her contract, he or she is often required to pay back sign-on bonuses, relocation fees, or the cost for training or licensure that was provided by the company. These costs are often prorated based on the amount of time left in the contract term.

How do I know if the financial penalty in my contract is unenforceable?

There are several factors courts consider in determining whether the penalties for breaching an employment contract are enforceable. Courts throughout the country have found that some contracts have penalties that are so severe that the penalty is not enforceable against the employee. In some of these circumstances, courts have relied on the Trafficking Victims Protection Act (TVPA) when evaluating the enforceability of a financial penalty. [1]

The TVPA provides for criminal and civil liability to anyone who “knowingly … obtains the labor or services of a person by … threats of serious harm … or by means of the abuse or threatened abuse of law or legal process.”[2] “Serious harm” is defined as “any harm, whether physical or nonphysical, including psychological, financial, or reputational harm, that is sufficiently serious, under all the surrounding circumstances, to compel a reasonable person of the same background and in the same circumstances to perform or to continue performing labor or services in order to avoid incurring that harm.”[3] As one Ohio district court has recently put it: “In short, the TVPA makes it illegal for a company [ ] to leverage serious financial pressure or threats of inappropriate legal action against [its employee] in a way that would press a reasonable [person] in her position into its service.”[4]

In some instances, contract penalties will be unenforceable when the penalty for breach is far more severe than the benefit the employee has gained. Examples of benefits include income, training, visa sponsorship, and professional licensure. Coercive contracts require the employee to pay an exorbitant penalty for breaching the contract. For example, an employee’s annual salary is $50,000 a year, and his or her contract requires a payment of $20,000 for an early termination penalty. Because most employees do not have half of their annual salary in savings, it forces the employee to continue his or her employment. Employment agreements that courts have deemed unenforceable under the TVPA often contain these inequities.

These situations are highly fact-dependent. If you have questions about the enforceability of a financial penalty in your employment contract, talk to an Ohio Employment Lawyer at Mansell Law.