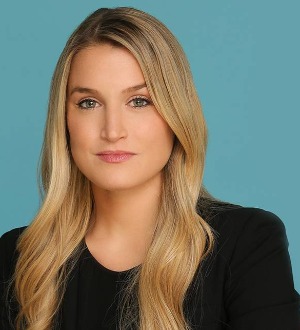 A mix-breed pit bull ran out its door and took a bite at a small dog known for spending time making cancer survivors feel better. Turned out the “bite” was only a scratch and no stitches – only an animal Band-Aid – were needed. Adam Leitman Bailey, P.C.’s client even offered to pay for the visit to the veterinarian. Also, this was the client’s dog’s first “bite.”

Reviewing the minutes of meetings or board meeting summaries, the board of this building has always met with alleged offenders or fined the offending owner. However, less than a week after this dog bite, court papers were filed seeking immediate eviction of the dog.

The condominium building had formidable evidence. Directly in the governing documents was included a paragraph that forbade pit bulls from entering the building. Although the offending dog had been spending time helping one of its owners heal from a serious accident after being hit by a car while on a bicycle, Adam Leitman Bailey, P.C.’s client failed to register the animal as a service dog until after the incident. The board somehow put in affidavits against Adam Leitman Bailey, P.C.’s client claiming the pit bull was vicious, not only including photos of the incident but also another owner’s claims that the dog made vicious noises at him.

In Adam Leitman Bailey, P.C.’s client’s defense, at the same, for many months, the owner had been in weekly therapy for his physical pain and the emotional toll that the car accident had taken when it caused this former professional athlete’s career ending injury.

Moving into the building five years earlier, Adam Leitman Bailey, P.C. alleged the board waived its ability to try to evict the dog. The firm offered to take precautions to make sure such an incident could never happen again.

Adam Leitman Bailey, P.C. realized it needed to win this case out of court.

The building did not have enough money to pay for even a quarter of the repairs needed in the building and although there were residents rampantly breaking building rules, a lawsuit was only brought against Adam Leitman Bailey, P.C.’s client.

To make matters worse, the owner of the other dog in the incident was not only on the board but actively participating in the litigation; besides having a direct conflict that any decent condominium attorney would require, the owner also participated in votes and discussions about how to navigate the case.

Trying to save money and put an end to the litigation, Adam Leitman Bailey, P.C. advised its client to apply to the Human Rights Commission, which not only took the case but sued the building and the board for discrimination for denying the pit bull owner a service dog.

The stars started to align for Adam Leitman Bailey, P.C.

First, knowing that insurers do not provide coverage for intentional torts, the board would be fighting two lawsuits in two different courts.

Second, the building did not have the funds to prosecute two cases in two different courts.

Fourth, the board lost its motion for a preliminary injunction in court and lost every court battle thrown upon Adam Leitman Bailey, P.C.’s clients. The board must have been losing faith in their attorneys and the case.

Fifth, no building likes to be sued for discrimination and the board could not justify to the owners why spending money trying to evict a dog was more important than commencing important repairs to the building.

The board caved. A settlement agreement was reached. The mix-breed pit bull got to stay in her home, making her parents happy. And other promises were made, protecting Adam Leitman Bailey, P.C.’s client’s rights in the future in case the board wanted to exact revenge.

To date, this pit bull has never had another problem.