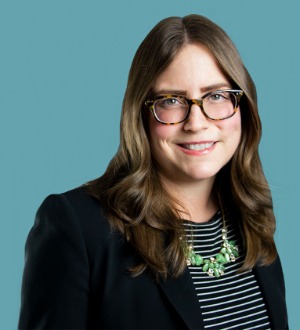 Adam Leitman Bailey, P.C. was retained by the tenant homesteaders (the “Tenants”) of a six-story former squat building in the East Village (the “Building”), for two main purposes: (1) to facilitate and advance discussions with the Building’s owner—the Urban Homesteading Assistance Board (“UHAB”)—as well as the New York City Department of Housing Preservation and Development (“HPD”)—regarding the affordable housing options available for the Building, including its conversion to a low-income cooperative, and (2) to protect the Building from the city’s pending tax lien foreclosure action.

It quickly became apparent that Adam Leitman Bailey, P.C. was in for quite a challenge. In particular, the future of the Building depended on various players coming together and reaching an agreement as to which affordable housing program the Building should pursue. However, over the years, the level of distrust between the Tenants (many of whom began residing in the Building after breaking in years ago and stealing gas and utilities), UHAB, HPD, potential developers, and each other had grown to a level rendering collaborative decision-making virtually impossible.

For over a year, Adam Leitman Bailey, P.C. facilitated meetings between the Tenants, UHAB, HPD, and various other groups and individuals, including local politicians, so that each could share their respective ideas, concerns, and desires regarding the Building’s future. Adam Leitman Bailey, P.C. filled in any “legal” gaps for the Tenants with respect to each option being considered, including the pros and cons of each from the “tenant” point of view versus the “developer” point of view. Each option was further analyzed in context of the simultaneously looming tax lien foreclosure which, if successful, would severely jeopardize, if not entirely eradicate, the Tenants’ rights in the Building, as well as any ability to participate in discussions regarding its future.

Charged with paying the taxes on the Building, UHAB was ultimately responsible for verifying the legitimacy of the lien amount and justifying and/or defending the nonpayment of the required city taxes. Adam Leitman Bailey, P.C. pressed UHAB for copies of the Building’s financial accounts and records to corroborate UHAB’s claims that it had spent all of the Building’s money on repairs and curing of violations at the Building. Adam Leitman Bailey, P.C. jumped into action and defended the squatters in court defeating the city’s efforts to foreclose on the property and after aggressive lawyering, UHAB finally paid off the lien in full and the foreclosure action was discontinued.

Without the impending threat of foreclosure, and having heard and fleshed out each of the affordable housing options for the Building, the Tenants were finally able to agree upon an affordable housing program for the Building, as well as the developer that would implement it. The future owners were able to negotiate a fair management fee to the management company overseeing the building; they obtained decent resale valued upon death or sale and they achieved a complete rehabilitation of the building without having to pay any money being the first building under the inclusionary zoning program.

Under the chosen inclusionary housing program (“IHP”), the Building would be rehabbed and converted into a low-income cooperative in exchange for the developer receiving certain zoning benefits for on or off-site use. Prior to or upon return to the rehabbed Building, “eligible” Tenants (as such term is defined in the temporary relocation agreement signed by each of the Tenants prior to relocation) will be provided the opportunity to purchase shares in the cooperative for their respective apartments.

Agreements were signed with the City, HPD and the developer and the owners have finally discovered the American dream of homeownership—except unlike most homeowners, they did not have to pay for their home.