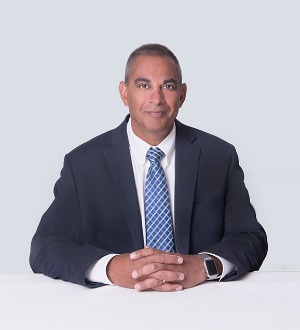 Zul Verjee Q.C.is the Managing Partner of Verjee Law. During his 25 years of practice in the insurance and commercial litigation fields, Zul has been involved in a number of complex litigation matters, appearing often before the Alberta Court of Appeal and the Alberta Court of Queen’s Bench. He has overseen trials involving a variety of issues, including general liability claims, commercial disputes, complex personal injury claims, fatality claims, fire losses, construction losses, interpretation of wrap-up liability policies and S.E.F. 44 insurance coverage claims.

Over the past several years, Zul has developed a thriving practice in the areas of both oil and gas litigation, partnership issues and employment litigation. He has acted for law firms, accounting firms, energy brokers and corporate officers. In 2012, Zul was awarded his Queen’s Council appointment of Canada. This honorary title recognizes outstanding expertise, work and contributions in a lawyer’s career. In 2013, Zul was awarded the Leaders of Tomorrow - Business in Calgary which distinguishes outstanding community and business leadership in Calgary and starting in 2015 has been recognized every year as a Best Lawyer in Canada by Best Lawyers in Canada.