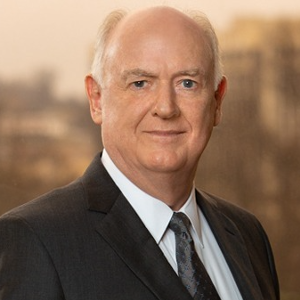 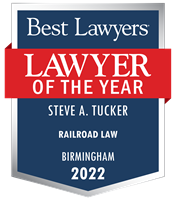 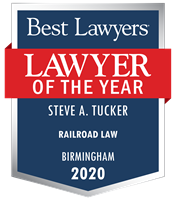 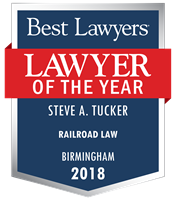 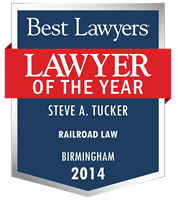 Steve Tucker is listed in Best Lawyers in America in the categories of Personal Injury Litigation and Railroad Law, and was recently named Best Lawyers’ 2014 Birmingham Railroad Law “Lawyer of the Year.” An Alabama native, he attended law school at the University of Kentucky College of Law, graduating in 1984. While attending law school, he served as Editor-in-Chief of the Kentucky Law Journal.

Mr. Tucker practices in both federal and state courts. His law practice is devoted primarily to personal injury litigation, and includes substantial work defending clients in cases involving claims for both traumatic and occupational injury, as well as toxic tort claims. He serves as a national trial counsel for a large corporation in connection with occupational and toxic tort litigation. He successfully defended a railroad in what are believed to be the first Federal Employers’ Liability Act (“FELA”) cases alleging asbestosis which went to trial in both Alabama and Mississippi. Much of his practice involves defending railroads in grade crossing cases, trespasser cases, employee traumatic injury cases, and employee claims of occupational illness or injury.