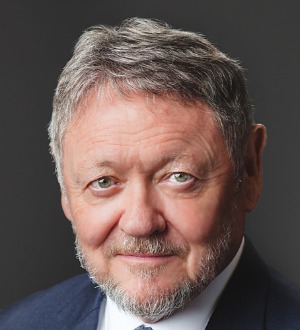 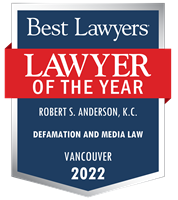 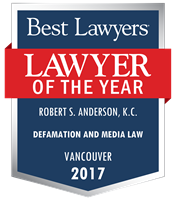 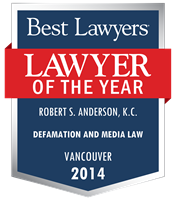 Robert Anderson practices as general counsel representing clients incourt and in alternative dispute forums. He regularly practices in a wide variety of areas of law including class actions, corporate, commercial,securities, white collar criminal matters, media and defamation, administrative, environmental, constitutional, property assessment, municipal expropriation and criminal.Mr. Anderson has appeared in all levels of the courts of British Columbia, the Federal Trial Court, the Federal Court of Appeal, the Tax Court of Canada and the Supreme Court of Canada.

Mr. Anderson has both appeared before and/or conducted judicial review proceedings of decisions from a wide spectrum of statutory decision makers. Mr. Anderson has represented corporations, individuals, various levels of government and other public bodies.

49 The Best Lawyers in Canada™ awards