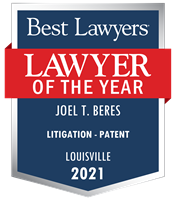 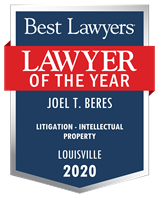 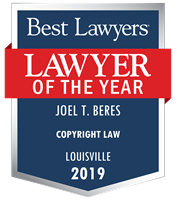 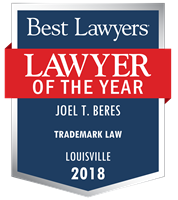 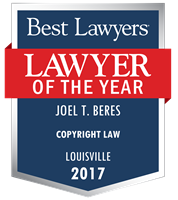 With more than 25 years of Intellectual Property experience, Joel actively tries cases in both state and federal courts. A founding member and former co-chair of the firm's Intellectual Property and Technology Service Group, he manages all aspects of infringement litigation for both federal and state courts, including trial and appellate practice. He has also prepared and prosecuted trademark and copyright applications, prosecuted and defended trademark opposition and cancellation proceedings, negotiated and prepared trademark and copyright assignment and license agreements, and negotiated and prepared software licensing and consulting agreements.

More Than Stites & HarbisonMr. Beres is active in the International Trademark Association leadership and served on its Board of Directors (2010-12) and was the Chair of Membership Services Committee (2008-09). He is a Davidson Fellow for Trademark Law at the Brandeis School of Law at the University of Louisville and is a founding member of the Stanford University Alumni Club in Louisville. He also served on the Board of Trustees of St. Francis High School (2010-14) and served on the Board of Directors of the Kentucky Council on Economic Education. Always the technophile, Mr. Beres enjoys tech gadgets and playing with the latest computer hardware and software. True to his Montana roots, he also enjoys fencing, but just the barbed wire variety. 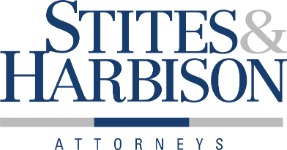 19 Best Lawyers: Ones to Watch in America awards

"I have retained Joel Beres as a legal council for the last 10 years. Joel is one of the most responsive, effective legal advisers I have ever worked with. He always makes himself available, irrespective of growing demands for his time. He is quick to assess the scope of legal problems and is clear in articulating advice. I trust his judgments, not only because of his legal insights, but also because of his ability to maintain a high regard for business ethics. After moving my company from Kentucky to Oregon, I have continued to retain Joel and his firm as valuable counsel.."