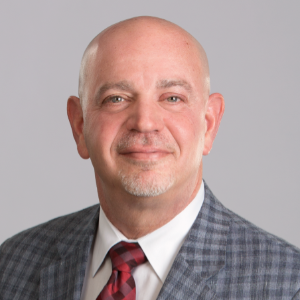 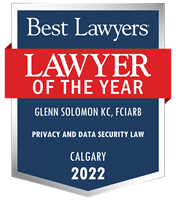 Glenn has extensive experience as an advocate and advisor. He has successfully appeared before all levels of Court in Alberta, the Supreme Court of Canada, and at a variety of Administrative Boards and Commissions. His Court experience includes appearances in virtually all areas of administrative, civil and criminal litigation. Glenn has represented countless individuals and companies and has acted for and against governments in a vast array of disputes. Glenn has also participated as counsel in many forms of alternative dispute resolution, including mediations, arbitrations, Judicial Dispute Resolutions and mini-trials. In addition to practising law, Glenn has served as an Arbitrator on Pipeline Arbitration Committees by Federal Ministerial Appointment under the National Energy Board Act.

Glenn Solomon was born and raised in Quebec. He moved to Calgary in 1980, where he completed high school. Between 1984 and 1988 Glenn studied Political Science at the University of Calgary, earning a Bachelor of Arts degree. In 1990 he graduated with a degree from the University of Alberta, Faculty of Law. He was on the Dean's list for academic excellence for all three years of study and was awarded the John and Agnes Adams Prize for a paper on natural resource law. Glenn served as Co-Editor-in-Chief of the Alberta Law Review in 1989-1990. During that time, among other things, Glenn assisted with the publication of a textbook on Alberta's Personal Property Security Act, helped start an annual publication on Constitutional Studies, and helped create a Calgary office for the Alberta Law Review at the University of Calgary. While in law school, Glenn worked as a researcher for the Research Unit for Socio-Legal Studies at the University of Calgary. Between the completion of law school and the completion of articling in law, Glenn worked as an Editorial Assistant for the Centre for Constitutional Studies at the University of Alberta Law School, working on textbooks involving language rights and freedom of speech.

Glenn commenced his legal career as an articling student at the Court of Appeal of Alberta and the Court of Queen's Bench of Alberta in 1990. He then joined Bennett Jones in Calgary, first as an articling student, and then as an associate in the litigation department. While practising with Bennett Jones, Glenn gained experience in all areas of litigation, and in particular in the areas of corporate and commercial litigation, personal injury, medical negligence, securities, competition, real estate and construction litigation. In 1998 Glenn joined JSS Barristers. He became a partner in 1999. Glenn is the firm's past Managing Partner and the firm's past Chairman.

Glenn has authored numerous articles and publications dealing with the practise of litigation, administrative law, competition matters, personal property security, personal injury claims, collections, bankruptcy and insolvency, privacy, court procedure, and other subjects. In addition, he has presented at, and moderated, a number of seminars for the legal profession in these and other areas of law, and has been a guest lecturer at the Faculty of Law at the University of Calgary.

Glenn is married, and has two children. He plays drums and sings for the firm's rock band, the "Advo-Cats", which plays music to benefit charities. In his spare time Glenn enjoys reading, playing any sports that involve keeping score, coaching minor hockey, playing the drums, and riding Sea-Doos in unimaginably irresponsible ways which often result in Glenn and his ride being towed back to the marina.