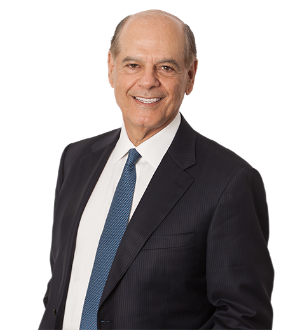 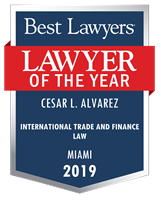 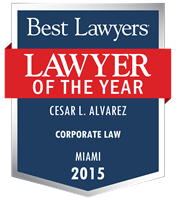 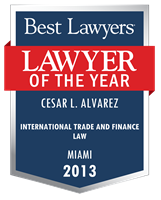 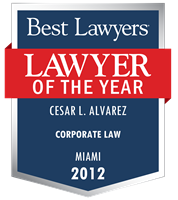 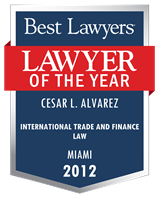 Cesar L. Alvarez currently serves as the Co-Chairman of Greenberg Traurig. Prior to this appointment, Cesar served the firm as its Executive Chairman for more than three years, and as its Chief Executive Officer for 13 years. He began his tenure as CEO in 1997, when the firm had 325 lawyers in eight offices and directed the firm through its growth to approximately 1850 attorneys and government professionals in more than 36 locations in the United States, Europe and Asia, including strategic alliances in Milan and Rome, Italy. The firm has been recognized as the fastest growing law firm in the United States over the last five years and is the 7th largest law firm in the country. In addition, Chambers and Partners, world leaders in client-led intelligence on the legal profession, through a panel of independent judges, selected Greenberg Traurig as "2007 U.S. Law Firm of the Year." In 2008, Cesar was honored by Chambers and Partners with its "Lifetime Achievement Award" and by the American Bar Association with their "Spirit of Excellence Award." Prior to becoming CEO of the firm, Cesar practiced securities, corporate and international law for more than 25 years. He has represented numerous public companies and serves on the board of directors of several publicly traded corporations and charitable organizations. Cesar has been recognized nationally and in his community for his professional, business and charitable leadership. He has been recognized as one of the "100 Most Influential Lawyers in America," by The National Law Journal in 1997, 2000 and 2006 (the last 3 editions), one of the top most powerful Hispanics by PODER's Power Issue, and "The 25 Best Latinos in Business," Hispanic Magazine's Power Issue, both in 2008.

501 The Best Lawyers in America® awards

222 Best Lawyers: Ones to Watch in America awards