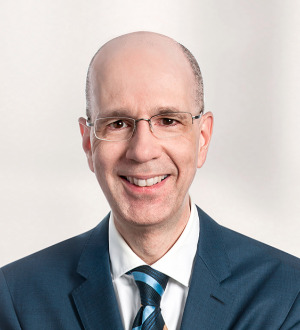 Navigate to map location for Barry Gamache Visit the website for Barry Gamache at https://www.robic.ca/professionnel/barry-gamache/
Your comment has been submitted!
We have encountered an error and are unable to process your comment at this time. Please refresh the page and try again later.
Add Comment
In making your comments, please do not refer to a pending legal matter.
Share My Profile
Post on Social

He has practiced in this field for almost two decades. He was named among the best lawyers in Canada in the field of intellectual property by the Best Lawyers in Canada 2010 publication. He has been involved in numerous disputes that have had impact on trademark law.

His practice focuses on, but is not limited to, disputes concerning trademark law, for the most part, before the Federal Court and the Federal Court of Appeal.Barry Gamache’s clients are all-sized businesses, both Canadian and foreign, in various fields, including:

Barry Gamache is the author of several articles on topics of interest relating to trademarks. He is one of the editors of the Canadian Trade-Marks Act Annotated. Outside the office, he is a lecturer at Université de Montréal’s Faculty of Law where he has been involved with the moot court program since 1998.

Barry Gamache is an active litigator. He has represented clients before various courts including the Court of Appeal of Québec, the Federal Court of Appeal and the Supreme Court of Canada. He has also participated in numerous hearings before the Opposition Board of the Trade-marks Office. Several rulings in cases argued by Barry Gamache have overturned long-established practices in intellectual property and are now relied upon by the legal community.

For example, in 2004 and 2005, he successfully argued before the Federal Court and the Federal Court of Appeal the case of Effigi Inc. v. Attorney General of Canada (2004 FC 1000, 2005 FCA 172), which transformed Canada into a "first come, first served" country when considering trademark applications filed in the Trademarks Office. Because of this ruling, the Trademarks Office set aside a much criticized fifty-year-old practice that used to create many uncertainties for trademark applicants.

He was also involved in a major trademark case that was heard by the Supreme Court of Canada. In Veuve Clicquot Ponsardin v. Boutiques Cliquot Ltée, [2006] 1 S.C.R. 824, the country's highest court clarified the rules relating to the protection of famous trademarks in Canada. The decision now remains a beacon for all trademark practitioners on both this issue and general principles of trademark law.

Barry Gamache advises clients in order to better protect their interests and assets, while never losing sight of their respective business realities. He is constantly attentive to clients’ needs.

10 The Best Lawyers in Canada™ awards