The U.S. Department of the Interior (DOI) has primary regulatory jurisdiction over OCS oil and gas operations. Following the Deepwater Horizon incident in 2011, the Bureau of Ocean Energy Management (BOEM) was created to issue leases and the Bureau of Safety and Environmental Enforcement (BSEE) established to promote safety, protect the environment, and conserve national resources. 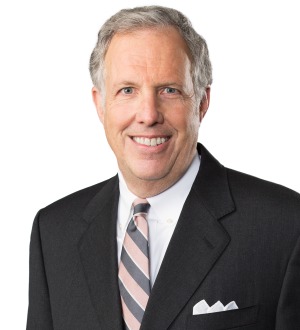 Activities on the Outer Continental Shelf (OCS) involve a confluence of state, federal, and maritime laws and jurisdiction. In a recent decision (USA v. Don Moss, et al., 872 F.3d 304 [5th Cir. 2017]), however, the U.S. Court of Appeals for the Fifth Circuit determined that certain provisions of one key law—the Outer Continental Shelf Lands Act (OCSLA)—do not apply to offshore contractors working for lessees and operators involved in the exploration and production of hydrocarbons. While not limiting contractors’ exposure and obligations regarding environmental and safety regulations in their entirety, the court’s ruling certainly reduces one area of risk.

Exploration and production of minerals and petroleum on the OCS often involves the use of special purpose vessels—including fixed platforms—as well as the services of a variety of vendors and systems to support these activities. Applicable laws and regulations are complex, often overlap, and include the following, among others:

In 1953, Congress enacted the OCSLA (43 U.S.C. § 1331) to establish federal jurisdiction and to enforce federal safety and environmental regulations against the holder of a lease or permit to drill and produce hydrocarbons (33 U.S.C. § 1348[b]).

The U.S. Department of the Interior (DOI) has primary regulatory jurisdiction over OCS oil and gas operations. Following the Deepwater Horizon incident in 2011, the Bureau of Ocean Energy Management (BOEM) was created to issue leases and the Bureau of Safety and Environmental Enforcement (BSEE) established to promote safety, protect the environment, and conserve national resources.

Enforcement of regulations over specific activities has been coordinated through Memoranda of Understanding (MOUs) between federal agencies, such as the U.S. Coast Guard, Occupational Safety and Health Administration, and BSEE, where there is dual jurisdiction.

In its September 2017 Moss decision, the Fifth Circuit examined, in the criminal context, whether charges and violations under OCSLA extended to offshore contractors working for lessees and operators. The case arose out of a welding accident and explosion on a fixed OCS platform, which resulted in property damage, personal injury, and death. The federal government indicted not only the platform owner and operator, but also its contractors for violations under the OCSLA and Clean Water Act (33 U.S.C. § 1251) as well as for manslaughter.

The contractors challenged the application of certain regulations and jurisdiction, including that of BSEE, to their work performed on behalf of the operators and lessees involved. The OCSLA regulatory claims against the contractors were dismissed by the district court. In affirming the lower-court decision, the Fifth Circuit analyzed the wording and intent of the OCSLA legislation and the historical treatment of OCS regulations by the DOI over the past 60 years. The Fifth Circuit then held that OCSLA regulations specifically directed at the lessee and permittees did not extend to their contractors and other individuals.

A broad reading of this decision should extend its reasoning to other civil violations and citations filed against contractors for alleged violations of safety regulations by BSEE. For example, the Fifth Circuit decision in Moss is in accordance with and should serve to affirm the district court decision in Island Operating Co., Inc. v. Jewell (2016 WL 7436665 [W.D. La. 2016]), currently pending appeal and which questions the authority of BSEE to issue an Incidence of Non-Compliance (ION) to a contractor working on the OCS for an operator.

Even though offshore contractors may not be subject to specific OCSLA regulations, the operators and lessees will be. Contractors’ civil liabilities to third parties in tort, however, will be measured by contractual obligations they may assume for safety and environmental management in bridging and interface agreements entered into with their customers who are the operators of lessees. For now, jurisdiction on the OCS and the applicable laws are strictly construed in the context of regulatory violations.

Grady Hurley is a partner in the admiralty and maritime practice group at Jones Walker in New Orleans. His practice has focused in the areas of maritime, oilfield, and energy litigation and transactions since 1979. In his maritime practice, he has engaged in both brown water, offshore energy, and blue water litigation, including writs to the U.S. Supreme Court and the Louisiana Supreme Court. He is also a certified mediator focused on maritime, offshore industry, and energy disputes. He can be contacted at ghurley@joneswalker.com.