How Supply-Chain Transparency—Legal, Regulatory, and via Increasing Consumer Scrutiny—Is Forcing Companies to Take a Hard Look at Forced Labor Worldwide. 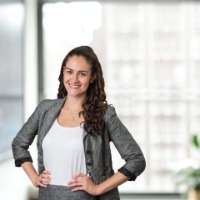 Slavery, believe it or not, remains prevalent throughout the world. Its appearance and form have changed, but it continues to harm people in nearly every country. At present, it’s estimated that more than 40 million people are in various forms of slavery and human trafficking worldwide—around 24 million of whom, more than half, have been forced into labor.

The nature and complexity of modern supply chains are partly to blame for this. These opaque processes—especially those concerning the creation and transportation of materials and goods from other countries—are breeding grounds for coerced labor. Lack of transparency means an overwhelming number of consumers and businesses today inadvertently promote, sanction, or perpetuate slavery through the purchase of products tainted along the supply chain.

Accordingly, both governmental and nongovernmental agencies have lately shifted their focus to uncover forced labor and create ethical mandates for manufacturers, processors, and retailers in the hop of diminishing—and ultimately eradicating—supply-chain slavery and human trafficking in their entirety.

Legislation seeking to ameliorate these problems by requiring corporations to publicly disclose what they’re doing to clean up their supply chains has been gaining momentum. Across the world, laws requiring greater transparency have been proposed and, in some cases, passed. Although most such statutes don’t currently require public disclosure, some do. Notably, this trend has continued over the last two years with the enactment of Australia’s Modern Slavery Act; the U.S. Treasury’s Office of Foreign Asset Controls’ Countering America’s Adversaries Through Sanctions Act (CAATSA); and the proposal of the United States-Mexico-Canada Agreement.

Uncovering forced labor along supply chains has become increasingly challenging in our time, but the American public’s demand for information about the products they invest in and consume has also grown exponentially. The underlying purpose of transparency laws and regulations is therefore to provide shareholders, public-interest groups, and consumers with an effective means of educating themselves. The expectation is that if consumers know more, they can make informed decisions and purchase goods from companies that responsibly monitor and manage their supply chains. Absent public disclosure, it’s much harder for consumers to distinguish companies that are free from the taint of modern slavery from those that take no action whatsoever.

"At present, it's estimated that more than 40 million people are in various forms of slavery and human trafficking worldwide."

California has been an early mover in the U.S., enacting in 2010 the California Transparency in Supply Chains Act (S.B. 657, the “California Act”), which took effect January 1, 2012. Retailers and manufacturers with annual revenue of $100 million or more doing business within the Golden State are required to disclose—either online or in a written statement to consumers within 30 days upon request—actions they’ve taken toward ridding their supply chains of forced labor. The disclosures must state to what extent, if any, the company has:

i) verified that slavery and human trafficking are not present in its supply chains, and whether such verification is performed by a third party;

iii) required its suppliers to certify that their products comply with all applicable laws regarding slavery and human trafficking in the countries in which they do business;

iv) maintained accountability standards and procedures for employees or contractors that fail to meet corporate slavery and human-trafficking policies; and

v) provided supply-chain employees and management with training on slavery and human-trafficking, and mitigating the risks of same, in product supply chains.

Significantly, if a business is taking no action, that too must be affirmatively disclosed. Although there are gray areas—many feel the state needs to offer more guidance about the required disclosures, and it’s not certain that companies feel compelled to take any steps beyond mere disclosure—the California Act is nonetheless a significant step toward a worthy goal.

A similar bill was introduced in the U.S. House of Representatives last October (H.B. 7089) that would have required certain companies nationwide to disclose whether they’ve taken measures to identify and address these problems, and if so, which measures. Called the Business Supply Chain Transparency on Trafficking and Slavery Act of 2018, the bill—introduced during the last Congressional session, not the current one—would have amended the Securities Exchange Act of 1934 by requiring the Securities and Exchange Commission to issue regulations imposing disclosure on certain issuers that must report to the SEC and that have annual global receipts in excess of $100 million.

Congresswoman Carolyn Maloney (D-NY) and Congressman Chris Smith (R-NJ) cosponsored the bill, which was substantively similar to H.B. 3226, introduced in 2015, and its accompanying Senate Bill 1968. Although H.B. 7089 expired at the end of the 115th Congress, the Representatives have already announced their commitment to reintroducing it.

Washington State has followed suit with its proposed Transparency in Agricultural Supply Chains Act (S.B. 5693), which would impose substantial obligations by requiring suppliers to report any incidents of slavery, indentured servitude, or human trafficking to retailers with global revenue greater than $200 million that do business in the state—and further mandates that retailers disclose on their websites any action they took in response.

The trend toward holding domestic companies accountable has continued in the courts. Consider the Ninth Circuit’s October 2018 decision in Doe vs. Nestle, et al., which was amended on July 5, 2019, also known as Nestle II. The plaintiffs in the case, former child slaves in the Ivory Coast, alleged that the defendants—manufacturers, purchasers, processors, and retailers—aided and abetted child slave labor from their U.S. headquarters by paying kickbacks to slaveholding farmers in an effort to cut production costs. The Ninth Circuit held that U.S. corporations can be held liable for violating the Alien Tort Statute, which states that “[t]he district courts shall have original jurisdiction of any civil action by an alien for a tort only, committed in violation of the law of nations or a treaty of the United States.”

This recent case law, coupled with proposed supply-chain-transparency legislation, demonstrates the ongoing scrutiny these issues are receiving and the efforts being made to hold companies accountable.

In light of all this, proactive corporations must examine their current practices, procedures, contracts, training policies, and diligence regarding their supply chains. Although the ability to scrutinize companies’ entire supply chain seems virtually irreconcilable with the reality of corporate practice, it’s crucial for American businesses to identify and prioritize their risk and create a road map by which they can find their way to solutions for any immediate major high-risk concerns. It’s equally vital that they stay apprised of any new or proposed legal requirements—domestic and foreign alike—in every jurisdiction in which they do business and anticipate the tools they’ll need to comply with inevitable future legislation. Every company today plays a pivotal role in combating the scourge of forced labor worldwide.

Brittany K. Lazzaro is an associate in Tarter Krinsky & Drogin’s Litigation practice. Brittany represents an array of clients in commercial litigation matters, including breach of contract, partnership and business disputes, labor and employment disputes, intellectual property matters, and real estate disputes. Brittany has represented a wide range of clients—guiding individuals, as well as foreign and domestic companies—through all phases of their business, including transactions and litigations.