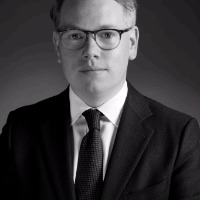 Several developments in the last year have reshaped regulation of trade union conduct under the Australian workplace law.

On the policy front, the current conservative government has implemented three measures addressing unlawful behavior by unions and their members. The measures address the findings of former High Court Justice John Dyson Heydon AC QC in the Royal Commission into Trade Union Governance and Corruption in 2015.

The Australian Building and Construction Commission (ABCC) was reformed. The ABCC regulates participants in the building and construction industry. Its functions include implementing a code of practices to regulate workplaces and taking action to prosecute breaches of workplace laws. Sanctions can be imposed to exclude companies from tendering for government funded building work. The return of the ABCC has been generally welcomed by the construction industry. It is expected to repeat the effective reform of union practices achieved by the previous ABCC in the mid-to-late 2000s.

A new regulator was also introduced. The Registered Organisations Commission (ROC) was established to enhance governance and financial accountability of trade unions following multiple findings of the misuse of union funds. The regime draws upon statutory duties placed upon company directors under Australia’s corporation’s law. Financial reporting and disclosure obligations have been strengthened, and penalties for non-compliance have increased, including criminal offenses for serious breaches. New whistle-blower protections have also been introduced.

Further new laws have been proposed to prohibit making or receiving corrupting payments at the direction of unions. These measures are directed at tightening the noose on questionable fundraising for union causes.

On the case law front, a recent decision of the Fair Work Commission (FWC) in its anti-bullying jurisdiction provided a novel application of existing law to address unlawful behavior by unions in industrial disputes. The decision recognizes that abusive or offensive conduct directed at other workers won’t be excused in the heat of industrial battle.

The catalyst for the dispute was caused by a change of a contractor providing maintenance services at a site on terms opposed by the unions. The dispute was heated, and a picket at the site continued for almost six months. Drawing on the power to name and shame, the union-led campaign also included an extensive use of social media (which was also aimed individual workers) as well as a boycott of the targeted company’s products and fundraising activities.

A key priority for the new contractor was to protect its workers from being bullied at the site and on social media. The FWC made orders against unions and officials to restrain conduct directed at workers entering or leaving the site during the dispute.

The FWC also determined that it was appropriate to make orders protecting the identities of workers seeking the orders. This should provide comfort to workers subjected to similar tactics in the future.

Traditional employer responses to picketing have involved seeking injunctions to stop such activity, which can be time-consuming and costly. The FWC’s anti-bullying jurisdiction supplements these options with a quick and cost-effective alternative to counter intimidation during union organized picketing.

Henry has more than 15 years of experience advising employers and business owners in all aspects of workplace relations. He is known for his strong rapport with clients and for working collaboratively with business owners and managers to assess business problems and implement innovative, commercially-focused, long-term solutions. Learn more at www.seyfarth.com/henryskene.

Mitchell is an associate in Seyfarth Shaw’s international employment law group. Mitchell advises employers in relation to a broad range of employment and industrial relations matters, including workplace strategy and litigation. Prior to joining Seyfarth Shaw, Mitchell served as an associate to a commissioner of the Fair Work Commission, Australia’s national workplace relations tribunal. Learn more at www.seyfarth.com/mitchellbrennan.