The first new artist 360 deal was created by him, along with attorneys Jim Zumwalt, Kent Marcus, and Jim’s partner Orville Almon in 2004. 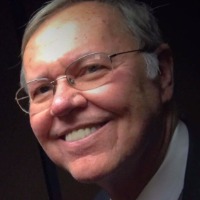 According to Jeff Hanson, head of  Silent Majority Group, the first new artist 360 deal was created by him, along with attorneys Jim Zumwalt, Kent Marcus, and Jim’s partner Orville Almon in 2004. It was submitted to Atlantic Records for the rock band Paramore.

In the music industry, a 360 deal is a business relationship between an artist and a music industry company, primarily record companies. The company contractually agrees to provide financial and other support, such as marketing, promotion, touring, and other areas. In return, the artist agrees to give the company a percentage of an increased number of their revenue streams.

In a 360 deal, a company typically provides support to an artist in more areas than covered by a traditional recording contract on the condition of receiving a percentage of revenue from these additional areas. During the first decade of the 21st century, revenues from recorded music fell dramatically, and the profit margins traditionally associated with the record industry disappeared. The 360 deal reflects the fact that much of a musician’s income now comes from sources other than recorded music, such as live performance and merchandise.

Under 360 deals, which are also called “multiple rights deals,” the record company gets a percentage of revenue that may have previously been off limits to them, such as songwriting, lyric display and publishing revenue, merchandise sales, tours, concerts, live performance, and endorsement deals.

360 deals are controversial. First of all, the record companies are often seen as money grabbers that are facing dwindling sales and high overhead. The charge is that record companies have survived a long time without these kinds of deals, so it would seem that they’re suffering from a failure to manage their businesses and react appropriately to the changing industry—asking the bands to foot the bill.

Record companies counter that these kinds of deals let them sign different kinds of artists because they don’t have to be so focused on recouping their investment from recorded sales. They can work with an artist longer because they don’t need to rely on big sales figures alone to make signing the artist profitable.

Controversial or not, 360 deals are currently the standard in new artist exclusive recording but vary greatly. Just remember, what you don’t ask for you won’t get.

Before opening his own firm in 2010, Orville Almon spent 31 years contributing to the success of the renowned entertainment firm Zumwalt, Almon & Hayes, PLLC, which he also co-founded. Now with over 37 years of experience in the entertainment industry, Mr. Almon is a noted leader the field. His exemplary career has been been recognized through the years by his numerous awards and achievements. He has extensive experience and is known for, his drafting skills with regard to difficult-to-define issues, negotiating with record companies, publishing companies and drafting and negotiating “issue-specific” agreements, and his overall knowledge of the music industry. Mr. Almon provides legal services on virtually every aspect of entertainment-related issues, such as recording, songwriting and production agreements, executive employment agreements, sponsorship agreements, entity formation, licensing, and new media. He represents major and independent artists, songwriters, major and independent publishing and record companies, managers, industry executives, producers, production companies, and more. Mr. Almon has also successfully negotiated high-profile book deals (Chicken Soup for the Country Soul and Kurt Cobain’s journals).