The Legal Take on the Taylor Swift Recording Dispute

In social media posts on November 14, Swift claimed that executives at her former record company were preventing her from performing a medley of her hits at the American Music Awards and including older songs in a forthcoming Netflix documentary. She implored her followers to share their feelings directly with those executives, Scott Borchetta and Scooter Braun. The response was immediate and overwhelming. It included support tweeted by politicians Elizabeth Warren and Alexandria Ocasio-Cortez and backing from fellow musicians ranging from Selena Gomez to John Fogerty. Her legion of loyal “Swifties” mobilized in response, flooding social media with indignation directed at the Swift-designated villains; some extremists apparently going so far as to make death threats to Braun and his family.

Don’t know what else to do pic.twitter.com/1uBrXwviTS

The dispute is rooted in Swift’s departure last year from her record company, Big Machine Label Group, to Universal Music’s Republic Records. While Swift’s new deal with Republic Records reportedly allows her to own the new master recordings they release, Big Machine continues to own the masters for Swift’s first six multi-platinum albums. Typically, such ownership allows the record company to sell albums and singles and to license the masters for commercial use. But Big Machine’s ownership would not, by itself, bar Swift’s live performance of songs from her Big Machine-era catalog on the American Music Awards as such performance would not have utilized the Big Machine recordings (unless she was lip-synching to those tracks). Nonetheless, Swift asserted that “Scott Borchetta and Scooter Braun have now said that I’m not allowed to perform my old songs on television because they claim that would be re-recording my music before I’m allowed to next year.”

Contrary to Swift’s contention, the issue with her participation in the American Music Awards was not really about her right to perform the songs (which are controlled by the writer(s) (generally Swift) and music publisher(s)), but rather the recording of the performance and the subsequent distribution of those recordings, for example in connection with rebroadcasts or distribution via other platforms such as YouTube. If Swift wanted to perform those songs at a club, stadium or on live television, Big Machine likely could not stand in her way. In fact, Big Machine acknowledged that “recording artists do not need label approval for live performances on television or any other live media. Record label approval is only needed for contracted artists’ audio and visual recordings and in determining how those works are distributed.”

However, the recording and distribution of an artist’s performance would likely run afoul of the re-recording provisions found in most recording agreements. Such provisions restrict artists for a number of years from re-recording the musical compositions embodied in the artist’s recordings for that label, absent the label’s consent. A prohibition on re-recording for two or more years following the termination or expiration of a recording agreement, and at least five years from commercial release of a recording, is common. So Swift could, in fact, perform any selections from her catalog on the American Music Awards. However, as a practical matter, the business realities, as well as the news and entertainment value of a televised pop-culture event such as Taylor Swift performing at the American Music Awards, necessitate the show’s producer being able to record and disseminate the performance. Given those constraints, Big Machine’s acknowledgment provided neither Swift nor the producer of the American Music Awards with the comfort needed to have Swift perform her Big Machine era hits.

What Are Her Options?

While both Swift and Big Machine have kept their contract private, Swift revealed in recent interviews that she is bound by a re-recording restriction under her contract with Big Machine. She has indicated that with respect to her first five albums, such restriction will expire in November 2020 and that she plans to re-record those albums once that restriction runs. Whether she will be able to faithfully replicate those recordings will depend not only on whether her current vocals match (or can be technologically manipulated to match) the renditions she recorded years ago, but whether the terms of Swift’s contract with Big Machine includes an “original production” clause that would preclude her from making a recording that duplicates the original versions of the songs released by Big Machine. If Swift is able to create new recordings that satisfy the desires of her prospective licensees and fans, she may have the opportunity to circumvent Big Machine when future opportunities arise.

But for the moment at least, Big Machine and Swift must cooperate if they want to successfully exploit her back catalog. And we now know, that whether motivated by money, or in response to the tide of popular sentiment, Big Machine ultimately granted the rights necessary for the American Music Awards to be able to record and distribute Swift’s performance, announcing in the days leading up to the show that Big Machine had “come to terms on a licensing agreement that approves their artists’ performances to stream post-show and for re-broadcast on mutually approved platforms.”

Whether the current détente between Big Machine with Swift will hold and enable the parties to reach a resolution in private, or whether Swift will again publicly rally her fans for support, remains to be seen. However, given that Braun and his private equity backers invested a reported $300 million in the acquisition of Big Machine (which includes assets in addition to Swift’s catalog), they are likely to want to reach a deal with Netflix to include the recordings they control in the forthcoming documentary. With the looming possibility of having to compete for deals with newly created Swift-owned versions of her early recordings once her re-recording restrictions run next year, we can anticipate that Big Machine will be at the negotiating table ready to strike deals to exploit the masters it controls. 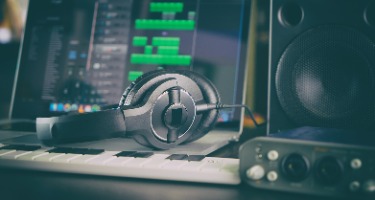