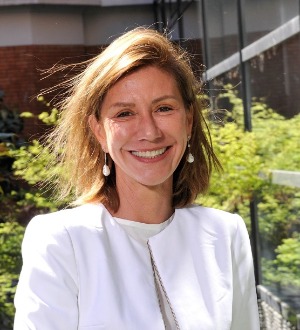 After months of debate in France, Belgium, and more generally in Europe, the Court of Justice of the European Union (CJEU) issued on March 14, 2017, two landmark decisions regarding religious symbols in the workplace.

After reviewing two cases (one French and the other Belgian), the CJEU held that, under certain conditions, displaying one’s religious or philosophical beliefs in the workplace can now be governed by a company’s internal rules and regulations.

In the Belgian case, the CJEU was asked to review whether a provision in the company’s rules and regulations that prevented employees from visibly displaying their political, philosophical, or religious beliefs at work constituted direct discrimination. The Court ruled that it did not, since the ban was general and did not differentiate between employees.

However, they noted that this type of provision may constitute indirect discrimination. In order to avoid running this risk, the Court has offered the following guidance, which is consistent with its traditional way of reasoning. First, the provision must be justified by a legitimate aim: the company’s “policy of neutrality” regarding its customers qualified as such. Second, the provision must be appropriate and necessary. In other words, it must enable the above objective to be achieved. The provision is deemed to be appropriate if it is a general ban on displaying political, philosophical, or religious symbols, to the extent that the policy of neutrality is carried out in a consistent and systematic fashion. The provision is deemed to be necessary if it is limited to employees who are in contact with customers and if the employer cannot offer the employees other positions that do not involve interactions with clients.

In the French case, the CJEU held that, apart from a policy of neutrality that is pursued under the conditions described above, an employer cannot take into account the wishes of a client who no longer wants the employer’s services to be provided by a woman wearing a headscarf.

While these two decisions have provided some guidance on this topic, some questions do remain. Should an employer prevent employees from displaying all of their beliefs in the workplace (religious, political, and philosophical) or just their religious beliefs? The question is a delicate one. A provision of a company’s rules and regulations that is too broad would be contrary to Article 9 of the European Convention on Human Rights, which applies in the European Union (right to freedom of thought,conscience, and religion), while a restriction that is limited solely to religion could constitute direct discrimination.

Another question that arises is whether a policy of neutrality can be adopted in documents other than internal rules and regulations. Provided that the conditions of validity established by the European Court of Justice are satisfied, can an employer institute such a policy via other means as part of his managerial authority, for example in the employees’ contracts or otherwise? Some companies in France, for example, have allowed their employees to vote on whether they would like to have a “charter for secularity in the workplace” implemented at their company in order to address these issues.

Pascale Lagesse is a partner at Bredin Prat and heads the firm’s employment law practice. She specializes in the labor and employment issues arising out of mergers and acquisitions and corporate downsizings and restructurings. Pascale is active in a variety of organizations and is a member of the Best Lawyers Advisory Board, co-chair of the International Bar Association (IBA) Global Employment Institute, and a member of the IBA LPD Council. Find out more at http://www.bredinprat.fr/en/partner?origin=partners&id=121.