Patients suffering from PTSD may have undergone significant neurochemical and neurobiological shifts, leading one lawyer to argue we need to rethink our perception of PTSD. 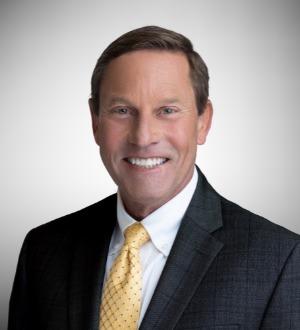 The Historical Understanding of PTSD

The symptoms of what is now known as Post Traumatic Stress Disorder, commonly referred to as “PTSD” have been observed in people for over a hundred years. PTSD has historically been considered a mental psychiatric disorder resulting from, and as a reaction to, witnessing or experiencing severe mental trauma and distress. Soldiers returning from World War I and World War II with severe symptoms of emotional trauma were “diagnosed” with shell shock or war neurosis, respectively. The etiology, or source causation, was unclear, but there was a cluster of symptoms that were commonly displayed, including:

The primary symptoms may vary from one person to another in specific symptom clusters, and some exhibit combinations of these symptoms.

Examples of the traumatic events that, when experienced or witnessed, can give rise to symptoms of PTSD include, but are not limited to:

The onset of the expression of the symptoms of PTSD may be immediate or delayed six months or longer after witnessing or experiencing the traumatic event.

PTSD has historically been viewed as a mental disorder, as a psychological and emotional reaction after a patient experiences or witnesses an extreme occurrence. The DSMV still lists PTSD as a mental disorder. However, it has recently been suggested that this approach is incomplete, and that PTSD should be considered a neuropsychological disorder. The historical view of PTSD, as noted by Puente (2016) forced “scholars and practitioners in the field to conceptualize the understanding, diagnosing and treatment of the disorder as either “mental” or “medical.” This was referred to by Puente as an inefficient silo approach to assessing and treating PTSD.

Perhaps one can grant some clemency for the historical approach of scholars and practitioners. Neuroimaging technology has taken great leaps, even in the last twenty years. The limited ability to observe discernable physiology, brain structure and function did not allow researchers of even one or two decades ago an opportunity to evaluate the actual effects of PTSD on brain structure and function as is currently available.

With the emergence of advances in neuroimaging technology (e.g. Diffusion-Weighted Resonance Imaging (DWI), Magnetic Resonance Imaging (MRI), functional MRI (fMRI), Diffusion Tensor Imaging [DTI], Position Emission Tomography (PET), Magnetoencephalography and Magnetic Resonance Spectroscopy (MRS), researchers have been able to objectively observe physical, structural, and chemical changes to and physical damage in the brains of patients who suffer from PTSD as compared to control subjects. Researchers have discovered harmful changes in brain chemistry as a result of PTSD. These advances support the call for a monistic paradigm that merges the “mental” with the “medical” (Puente, 2016). It is becoming more and more clear that PTSD involves much more than a psycho-emotional response to traumatic external stimuli.

Overview of Relevant Brain Anatomy and Functional Changes in PTSD

In order to understand the structural and functional changes caused by PTSD, understanding the relevant structural anatomy of the brain is helpful. The brain is comprised of different sections, or lobes, and layers, each of which has different functions.

Recent research has demonstrated that a number of neurochemicals are significantly altered in people who suffer from PTSD, causing neuro deregulation. Quadrelli, et al (2019) believe that Magnetic Resonance Spectroscopy (MRS) can objectively diagnose PTSD by detecting specific chemical changes in the brain.

Neuroimaging studies have shown neurobiologic changes in PTSD, with three areas of the brain that are different in patients with PTSD as compared to control subjects. Those areas are the amygdala, the hippocampus, and the medial frontal cortex.

Research has shown that fear, in the presence of a traumatic event, causes activation of the hypothalamic-pituitary-adrenal (HPA) axis. This, in turn, activates the stress response which causes the release of corticotropin-releasing factor, along with, among others, noradrenaline, dopamine, serotonin, and cortisol. Structural changes also occur in the amygdala, hippocampus, hypothalamus, and frontal cortex which result in a cascade of cortisol and adrenaline release at toxic levels.

The structure of the hippocampus is damaged in PTSD patients, resulting in material loss of volume/size and destruction of gray matter, as well as damage to neuron generation. The hippocampus is a part of the brain that connects and organizes memory. The increase in glucocorticoid kills cells in the hippocampus. The hippocampus helps to put memories into proper context, place and time. When it is damaged from PTSD, the brain is unable to put memories into proper context and the patient’s ability to condition their response is impaired.

In patients with PTSD, the amygdala becomes larger and hyperactive, causing anxiety, extreme stress and panic. The amygdala is involved with regulating part of the fear response. The emotional and somatic (bodily) contents of memories are modulated by a healthy amygdala. The dysregulation in the processing of memory input results from a hyperactive amygdala that continues to release too much norepinephrine (or noradrenaline)

The patient with PTSD remains in an extended “fight or flight” reactive state that can last for months and years.

Cognitive functional impairment has also been demonstrated in patients with PTSD as compared to control subjects. Specifically, verbal memory, attention, concentration, and executive functioning have been shown to be impaired in PTSD patients.

Advances in the technology of neuroimaging and the understanding of brain function have resulted in objective evidence that PTSD should no longer be considered as only a mental disorder. The evidence is consistently showing that brain anatomy is altered by PTSD. The evidence shows that brain chemistry is also altered, resulting in neuronal death and loss of grey matter. Further, the evidence is strong that neurocognitive impairment and impairment in intellectual functioning are also caused by PTSD. PTSD should be seen as what it is—a physical injury to the brain caused by extreme traumatic events.