Robyn Shapiro of Health Sciences Law Group shares about her work and achievements in the health care law sector. 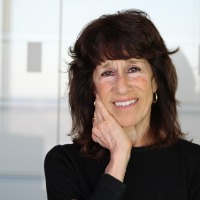 A question and answer chat with Robyn Shapiro from Health Sciences Law Group about her work and accomplishments in health care law.

How did you get into law?

My father is a doctor, and I grew up really admiring his commitment as a professional. I listened carefully as he talked about his patients, and on Sundays, I accompanied him when he went to see his patients in the hospital. I actually thought that I was going to be a doctor. I remember my mother visiting me in college and saying, “Well, you really don’t want to have a lifestyle like that, do you?” So I decided to go to law school instead. Along the I found a nice way to marry my interest in medicine with being a lawyer. For many years, I led a somewhat “schizophrenic” life in that I started and directed the Center for the Study of Bioethics at the Medical College of Wisconsin while I practiced health law as a lawyer because I believe that people who teach should do. For many years, and until just a few years ago, I had both jobs. I continued to direct the Center for the Study of Bioethics, I served as an endowed professor at the Medical College of Wisconsin, and I continued to develop my health law practice.

What kind of health care work do you do?

My work focuses on regulatory as opposed to transactional issues. In recent years, I’ve spent a great deal of time on matters for research institutions, academic medical centers, individual doctors who do research, and a variety of research industry sponsors, including device manufacturers and drug companies that want to complete development of their product and get it to market. My practice also includes advising on bioethics issues. For one large health care system in this area, I’m “on call” 24/7 to respond to requests for bioethics consults. These cases involve issues, such as a disagreement among family members about whether treatment should be stopped for a loved one who is not decisional. Or, who should be the decision-maker for a patient who’s not decisional? Or, what kind of consent is required for special kinds of treatments?

What kind of privacy issues may arise with your clients?

Privacy issues are becoming more prevalent and more complex on account of changing technology and evolving laws. Privacy issues arise in all corners of health care delivery and in research contexts. Let’s say a research study coordinator who works for an academic medical center has research-related protected health information on the laptop that she uses at work. She puts her laptop in her car one night, planning to do some work at home, stops at the grocery store on the way home, and comes out of the store to find that her car has been stolen—with the laptop in it. What actions are required under federal or state laws with respect to notifying enforcement agencies or notifying the people whose information might be involved? Then there are the things you worry about in addition to the purely legal issues, such as the reputational issues. What if the press gets a hold of this? How should your client respond to questions?

What would be the protocol in a situation like the stolen car/laptop example?

Protocol in a situation like that would depend on the facts. Who might’ve gotten access to the information? What kind of information [was compromised]? And how many people’s information might be involved? Ideally, the client’s policy would lay this all out. There likely would be an investigation to determine whether there has been a compromise of protected health information and then to determine whether there are reporting obligations, either to the government or to a state agency or to the affected individual. The policy likely would include direction for mitigating any harm and determining whether any corrective measures need to be taken. The importance of privacy issues has been enhanced with the advent of ransomware and threats and enforcement agencies looking more carefully at privacy and security protections employed by healthcare providers and those business associates who provide services to them.

What can you tell me about your recent work?

I just got back from an IRB meeting. An IRB is an Institutional Review Board, charged with protecting the rights and welfare of so that my client can assure that it is complying with applicable ethical and legal standards in the research work it undertakes. I’m helping a number of my medical device clients draft or improve policies and procedures relating to what they can say about their products in different circumstances, given prohibitions in law about “off-label” promotion. I’m helping some of my other clients incorporate changes into their policies that relate to privacy and security because of new technological capabilities, hackers, and new regulatory changes.

What are some upcoming changes in health care law?

There’s so much on the horizon. We’re all wondering what’s going to happen about health care reform and the Affordable Care Act. [There are] huge implications in so many arenas. The 21st Century Cures Act, which became law in December of 2016, makes a number of changes in various contexts. For example, it changes the approval requirements for certain medical devices, giving manufacturers a bit more leeway to get approved by the FDA. It allows some additional flexibility for drug and device companies to promote their products to certain healthcare plans, certain health care payers. In the 21st Century Cures Act, there are also certain provisions that help regenerative medicine initiatives, medicine using stem cells and research involving tissue engineering to restore normal function. Outside of that act, just in terms of technology posing new issues for health care lawyers in genetics, we’re seeing so many developments that have implications for ethics and law. For instance, now we’re able to more quickly and more efficiently edit and do it more cheaply. That can be both good and bad. Good because we can accomplish things like promoting pest-resistant plants by changing the genome of plants, and in humans, we could conceivably use this ability to address disease and bad conditions. We’re also able to make other changes that look like eugenics, which pose challenging ethical dilemmas about how and whether we should allow knowledge to be used this way, who should decide, what guidelines we should use.

I saw on your website that you do work with startup companies as well?

One such client is a medical device company that is exploring the use of something called MR-guided focused ultrasounds, which, instead of surgery, creates sonication that out diseased areas in the body. [It’s] very new technology and very exciting. Also, I’m working with health IT companies that are looking at how to capture or organize big data so that they can facilitate research. If we were able to capture on a large scale information about what makes people with certain inadequately understood diseases feel better or feel worse, we could organize that data and use it in research that would confirm that this or that approach was better. That could be very powerful. With big data capabilities, we’re seeing a lot of these companies pop up. It’s really a lot of fun to help them develop their products, apps and so forth, that can try to corral this sort of information and make it useful to further research.

Are there any other activities you commit your time to?

I’m lucky in addition to doing these jobs I’ve told you about, I’ve also had the rare opportunity to serve on some state and federal policy-making bodies that address these issues. The work of these groups is important and has high-level implications. For example, I served on the NIH Recombinant DNA Advisory Committee, a committee that’s charged with reviewing research that involves recombinant DNA, because as exciting and potentially beneficial as that research can be, it also could pose some dangers to the public. I also sat on the Department of Health and Human Services’ Advisory Committee on xenotransplantation, which is cross-species transplantation. Again, the potential benefits of transplanting cells or organs from one species to another really exciting, but xenotransplantation could pose risks to all of us (e.g., of viruses spreading from non-human species to humans),   federal government set up this advisory committee that helps study it and provide recommendations. I also served on the FDA Drug Safety and Risk Management Advisory Committee. That committee, which includes medical and scientific members as well as people like me with an ethics background, heard arguments for and against approving certain drugs. One of the drugs we took a look at when I served on the committee was Accutane, which is extremely powerful and effective against acne, and yet it has some potentially very powerful side effects, so the committee was asked for guidance in weighing the risks and the benefits of the drug and evaluating risk-management plans.

What sort of ethical concerns are you passionate about preserving?

For me, it’s important that we properly safeguard the ethical principle of autonomy, which is the right to make out one’s own life plan. We need to keep respect for autonomy and for privacy. Another important principle that must remain in the forefront, given the ongoing health care reform debate, is justice. I hope that we will remember that, at least to some extent, we as a country have decided that health care is a right, not a and that we need to live up to that ethical principle of justice.