On March 1, 2017, the Eighth Circuit Court of Appeals issued an important decision affirming summary judgment in an age discrimination claim under the Minnesota Human Rights Act. 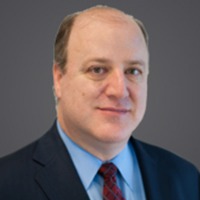 On March 1, 2017, the Eighth Circuit Court of Appeals issued an important decision affirming summary judgment in an age discrimination claim under the Minnesota Human Rights Act.  Although the case, Nash v. Optomec, Inc., did not create new law, the appellate court reinforced many important principles that apply not only to age discrimination cases but also other types of discrimination cases. The prevailing party in the case was represented by Andy Tanick and David McKinney of Ogletree Deakins’ Minneapolis office.

Optomec, a New Mexico-based developer of 3-D printing systems, hired Thomas Nash as an intern at its St. Paul, Minnesota, facility when he was 54 years old. Although his managers’ evaluations of his work were "fairly tepid," the company hired him into a full-time position after he completed his internship. By that time, Nash was 55 years old. Unfortunately, the same issues that had given Optomec pause during his internship did not improve sufficiently, and the company terminated his employment less than six months later. Nash sued for age discrimination. The U.S. District Court for the District of Minnesota granted Optomec’s motion for summary judgment, dismissing Nash’s lawsuit, and Nash appealed to the Eighth Circuit Court of Appeals.

In affirming summary judgment, the Eighth Circuit assumed that Nash had established a prima facie case and that Optomec, in turn, had stated a non-discriminatory reason for his discharge. Therefore, the court turned directly to the issue of whether Nash had presented sufficient evidence of age discrimination to raise a genuine issue for trial. Although Nash cited many facts as purported evidence of discrimination, the court rejected each of those assertions in turn.

First, the court rejected Nash’s contention that his replacement by younger employees suggested age discrimination. The appellate court noted, as had the district court, that the younger employees were temporary replacements whose own internships ended shortly thereafter, and as such, Nash had not shown that Optomec replaced him permanently with younger employees.

Next, the court addressed Nash’s contention that Optomec’s stated reason for discharging him had "no basis in fact" because his alleged shortcomings were not part of his job description and had not been shared with him. The court recognized that Optomec’s criticisms were based on its vision for the future of Nash’s position, that he was an at-will employee and therefore was not entitled to any advance warning of his deficiencies, and that there was no evidence that the company had intentionally failed to notify him of those issues "for fear that he might correct them."

Nash also argued that Optomec had changed its explanation for his discharge—an action that Nash contended suggested age-based animus—because it first told him that the discharge was not performance-related but later told him that he lacked the necessary skills for the position. The court rejected that argument as well, holding that the statements may have been "slightly different," but did not demonstrate a "substantial change" that would suggest pretext.

The court next addressed Nash’s argument that his boss had consistently favored his younger coworkers, agreeing with the district court that the examples of favoritism were "weak and not probative of discrimination." Notably, the court dismissed Nash’s manager’s statement that Optomec had paid a younger intern more than it paid Nash because he was an "exceptional young engineer" as "a textbook example of a 'stray remark' unrelated to the decisional process."

The court was similarly unimpressed by Nash’s claim that his manager’s criticisms of his physical dexterity, ability to think on his feet, and stubbornness suggested ageist stereotypes. The court held that these were "generic workplace criticisms" unrelated to age.

Nash also asserted that he was entitled to a favorable inference because when he accused Optomec of age discrimination at his termination meeting, the managers who were present did not deny his accusation. The court opined that it "would be unwise to create such a rule" that would require employers "to risk escalation of an already tense situation by engaging with a distressed employee upon termination."

Finally, the court agreed with the district court that Nash’s hire and fire "within a relatively short period of time" and the fact that the manager who fired him was only five years his junior both created presumptions against his age discrimination claim. In this regard, the Eighth Circuit rejected Nash’s argument that it was improper to apply such presumptions at the summary judgment stage, holding that while the court must review disputed facts in the light most favorable to the non-moving party when considering a motion for summary judgment, the court need not ignore undisputed facts that are favorable to the moving party.

As noted, the Nash case did not establish any new precedent in discrimination jurisprudence, but the case serves as a timely reminder that even when a plaintiff seeking to avoid summary judgment raises numerous arguments to try to establish pretext, summary judgment is appropriate when none of those arguments create any inference of discrimination.