Where can you be sued for patent infringement? 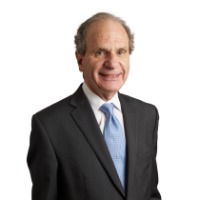 The landscape is changing for in patent litigation. According to 28 U.S. Code § 1400(b)[1], “[a]ny civil action for patent infringement may be brought in the judicial district where the defendant resides, or where the defendant has committed acts of infringement and has a regular and established of business.” A corporation “resides” in the state where it is incorporated, as the Supreme Court made clear earlier this year.

For many years, the courts permitted patent infringement suits to be brought in the federal judicial district where infringement has occurred, which meant practically anywhere for companies with national sales, and more often than not, in the Eastern District of Texas, where patent litigators believe the court is most patent-friendly. However, that is no longer the case. Now an alleged infringer can only be sued where it has a regular[2] and established[3] place[4] of business.

If any statutory requirement is not satisfied, is improper under § 1400(b), and if is improper, the defendant can move to transfer to a district where is proper.

Cray, which was sued in the Eastern District of Texas, employed a sales manager who resided in his home there. The sales manager received reimbursement for his cell phone usage for business purposes, internet fees, and mileage or “other costs” for business travel. Cray provided the manager with “administrative support” from its Minnesota office. The manager provided “price quotations” to customers, listing himself as the “account executive” and the person who prepared the quotation and listed his home telephone number as his “office” telephone number with an Eastern District of Texas area code. The manager did not maintain Cray products at his home nor did he maintain product literature at his home because it was available online. Cray never paid the manager for the use of his home to operate its business or publicly advertised or otherwise indicated that his home residence was a Cray place of business.

Although the U.S. District Court held the manager’s residence and activities were enough to find in the Eastern District, the Court of Appeals for the Federal Circuit reversed the district court and held that the sales manager’s residence was not a place of business of Cray.

For defendants that do not have a “regular and established of business” in the Eastern District of Texas or in other supposedly patent-friendly districts, will no longer be proper there.[5]

[1] Through a predecessor statute, this statute goes back to 1897.

[3] “Established” contains the root “stable,” indicating that the place of business is not transient. It directs that the place in question must be “settle[d] certainly, or fix[ed] permanently.” Establish, Black’s Law Dictionary (1st ed. 1891).

[4] The statute requires a “place,” i.e., “[a] building or a part of a building set apart for a purpose” or “quarters of any kind” from which business is conducted. * * * The statute thus cannot be read to refer merely to a virtual space or to electronic communications from one person to another. In re Cray, 2017-129 (Fed. Cir., 2017)

[5] Unless, of course, the defendant is incorporated in the patent-friendly district.

Michael B. Fein focuses much of his practice on obtaining and international patent protection of inventions, enforcing and licensing patents, and avoiding infringement of competitors’ patents. He also advises clients on evaluating intellectual property assets and counsels on acquisitions, licensing, and collaboration agreements. In addition, Fein represents clients in courts throughout the U.S. in , trademark, copyright, and trade secret litigation. Previously, Fein was in-house patent and trademark counsel at a Fortune 100 chemical company and a patent examiner at the U.S. Patent and Trademark Office. Fein earned his J.D. at Rutgers University Law School and his A.B. from the University of Pennsylvania.