What Should Employers Do Now That the Overtime Rule Is Blocked?

Some employers have already prepared to comply with the new regulations and are ready to roll out new payroll practices next month. Do they hold off or press forward? 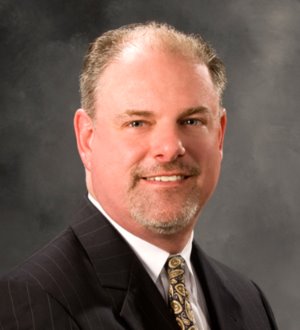 Now that a federal district court judge has issued a nationwide injunction against the new overtime rules that were to go into effect on December 1, 2016, many employers are asking “what should we do?” Some employers have already prepared to comply with the new regulations and are ready to roll out new payroll practices next month. Do they hold off or press forward?

The short answer is that while this injunction is in effect, employers are not required to pay overtime in accordance with the new rules. But, the injunction is only temporary. The next step is for the judge to consider whether to make his ruling permanent. He can do so by vacating the new overtime rules—i.e., rendering the new rules a nullity—as if they had never been issued at all. Such a vacatur seems likely, given his preliminary ruling. While we do not know when the judge will render his final decision in the case, we anticipate that it could be as soon as another month or so. If the judge does vacate the rules, then employers would still not be required to comply with the new regulations.

But what happens if the judge changes his mind and lifts the injunction or if an appellate court overturns his ruling? In that case, are the regulations effective retroactively to December 1, 2016, or would the regulations take effect only prospectively from the date the injunction is lifted or a vacatur is reversed? The answer, unfortunately for employers, is very unclear.

So, where does that leave employers today? Employers must weigh various business and legal risks in deciding whether to comply with the now enjoined overtime regulations. There is a legal risk that if the regulations are later upheld, they may be enforced retroactively. In that event, employers may be liable for overtime payments to employees who were classified as exempt under the current regulations but who are not exempt under the new regulations, plus potential attorneys’ fees. In the event of such a litigation attempting retroactive enforcement of the overtime rule, employers will have difficulty defending against claims if they do not have accurate records of the hours worked by employees. So, an employer that decides to hold off on complying with the new regulations may want to keep accurate records of the hours worked by any employee who is now considered exempt but could be considered non-exempt under the new regulations.

Of course, any appeal of this judge’s ruling will fall to the new Trump administration, which may not be as motivated to enforce these Obama administration regulations. That remains to be seen. In the meantime, employers will have to decide whether to put their compliance plans on hold in light of the ruling.