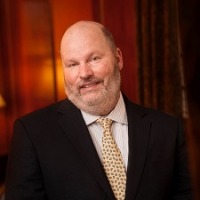 The Federal Emergency Management Agency has routinely audited recipients of FEMA disaster assistance funds. Of the $25 billion in FEMA disaster-related costs over the past decade, the inspector general has questioned less than two percent. FEMA finds that most problems arise from recipients who do not understand the FEMA process, recordkeeping, or accounting requirements. Per the agency’s own explanation of its policy, “FEMA believes that most of the cases are not deliberate attempts to defraud the federal government.” FEMA tries to reduce these problems by conducting educational briefings to explain how recipients can best comply with the often draconian processes.

Nonetheless, major disasters overwhelm FEMA, just as they do governments and private entities who try to respond to these events. One well-known example is addressed in the Department of Homeland Security Inspector General’s report on Hurricane Sandy, “Unsupported Payments Made to Policyholders who Participated in the Hurricane Sandy Review Process.” The audit report analyzed the Sandy Claims Review Process (SCRP) to determine whether FEMA properly processed Sandy-related claims. The report found that FEMA did not rely on legislatively mandated internal controls that were intended to direct appropriate payments to victims, failed to establish contractor expectations, and did not establish standards or oversight for the massive number of claims.

As a result, the report found “ receiv[ed] unsupported additional payments, [the agency incurred] excessive costs to operate the SCRP, and [there were] time delays processing the claims.” The inspector general made seven recommendations, which FEMA agreed to implement. These ranged from better to better staffing, to better processes.

On Oct. 9, President Trump signed into law the Federal Aviation Administration (FAA) reauthorization, with specific language mandating the inspector general to similarly audit FEMA’s $30 million dollar plus contracts with the newly formed Bronze Star, LLC, to perform emergency response in Puerto Rico after Hurricane Maria. The contracts failed to deliver any of the emergency tarps and plastic sheeting FEMA required. The law requires the inspector general to commence the audit within 30 days and to issue a report to Congress within 270 days. The audit must examine the bidding process, the contracting, oversight, and impacts on hurricane victims. One reasonably envisions an audit report similar to the Sandy audit. One hopes FEMA will respond just as well as it did to the Sandy report.

Sidney Ansbacher is an attorney with Upchurch, Bailey & Upchurch and a past chair of the Florida Bar's Environmental and Land Use Law Section.