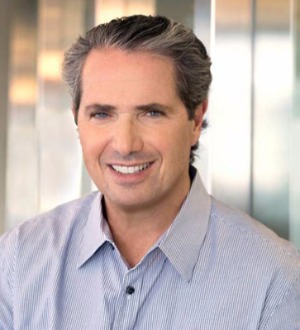 The halcyon days of start-up companies and the venture community attraction to them hit a hard stop as the COVID-19 lock down spread across the U.S. earlier this year. As the first half of 2020 nears an end – and in the wake of COVID-19 restrictions and the civil unrest our country has recently faced – many companies and their board members are faced with difficult strategic decisions and are confronting the potential for unprecedented corporate action. The financial distress that has now been wrought upon the start-up community has led many businesses to operate well below pre-pandemic budgets and forecasts, and in many instances in or near (sometimes referred to as reaching the “zone of”) insolvency. Many directors are facing pressure to take extraordinary steps to enable their company to access capital or pursue business strategies that were unthinkable just a few months ago, in some instances simply to keep the lights on and try to “live to see another day.”

Individuals join boards of directors of start-ups for a number of reasons, often as founders or operators, as a VC fund or private equity fund representative designated as a result of an earlier funding round, and/or due to industry-specific background relevant to the start-up. Creditors of all stripes have the ability to negotiate payment terms binding the organization, and covenants (including implied covenants of good faith) are indisputably owed to creditors.

While the allure of frothy valuations may have motivated directors and officers to join a start-up, in the wake of COVID-19, many of these individuals now find themselves unexpectedly preparing for an entirely different reality and asking the question: When might a director of a struggling business become personally liable for the debts of the business? Under both California and Delaware law, insolvency is the starting point of the analysis as it respects creditors.

As a general proposition, both directors/officers, as well as member/managers (in the LLC context) (collectively referred to as “directors” for purposes of this article) of Delaware and California corporations, owe two basic fiduciary duties to the entity and its owners (shareholders, members, partners – these terms used here interchangeably)—the duty of care and the duty of loyalty. Directors are subject to these duties regardless of solvency. The duty of loyalty requires that directors act in the best interests of the corporation and its shareholders. Directors cannot use their position of trust and confidence to further their individual interests (or the interests of other constituencies), at the expense of the corporation’s best interests. The duty of care requires that directors consider all material information reasonably available in making business decisions and use the level of care that an ordinarily careful and prudent director would use in similar circumstances.

During these unprecedented times, the duties of directors may well be extraordinarily strenuous and prompt directors to consider whether they should resign. While directors are generally free to resign as they wish, under certain circumstances, resignation does not come with impunity. Directors can face personal liability to the corporation and its shareholders if their resignation amounts to a breach of their fiduciary duties. In one case, for example, directors were tangled in litigation because they resigned from the company’s board after learning that one of the directors stole assets “from under them”. The directors’ resignation left the company in the control of the principal suspected wrongdoer. The court found that such resignation was not free from impunity (at least at the outset of the litigation).1

The violation of either of those duties of care or loyalty may result in shareholders bringing either direct claims, or derivative claims on behalf of the entity against the directors for redress. By asserting direct claims, shareholders assert that the stewards of the business harmed the owners directly; whereas, by asserting derivative claims, shareholders assert that the directors’ breaches harmed the corporation, essentially all owners in the same fashion. Directors most commonly defend against such claims by asserting the business judgment rule, which creates a presumption that directors’ decisions are based on sound business judgment. The business judgment rule, though, is not fail-safe.

Director Liability to Creditors when the Company Is Insolvent

In attempting to weather the economic storm, directors should not forget about another key constituency: Creditors. When a Delaware or California corporation becomes insolvent, in certain limited instances, creditors may have grounds to sue directors, personally – that is, when directors violate their duty of loyalty and/or care.2

To maintain a lawsuit against directors, creditors must establish that the corporation was insolvent at the time of the directors’ alleged wrongful conduct, as opposed to the business being in the “zone” of insolvency (i.e., a concept that had at one point been in judicial favor, in Delaware, however, has been expressly repudiated as a dividing line). Many startups and venture-capital-backed businesses often operate in their early growth stage with tight cash flow, little revenue, and fluctuating valuations; however, these factors which may lead the business to a “zone” of insolvency are insufficient to trigger director liability. This winds up being a “double-edged sword” as circumstances often do not clearly spell out in a binary fashion, solvent/insolvent – with the vagueness resulting in the potential for a delay in the recognition that insolvency has in fact occurred.

Creditors most commonly establish that the corporation is insolvent by demonstrating that, at the time of the challenged conduct (1) the corporation’s liabilities exceed its assets or (2) the corporation is unable to pay its debts as they come due. As any finance major will tell you, either of these standards is elastic; e.g., are “stretching” payables to trade creditors not “paying debts as they come due,” or what about that great IP that has not yet fully commercialized and been shown on the company balance sheet at its “market value” though in an instance where a lot of debt was piled on to create that same IP?

When a corporation becomes insolvent under Delaware law, creditors (whether secured or unsecured creditors, bondholders, or any other lienholder) have standing to assert breach of fiduciary duty claims against the directors on behalf of the corporation, the reasoning being that interests of stockholders become subordinate to creditors. Plainly stated, and bankruptcy issues to the side, once the corporation becomes insolvent, creditors may file a derivative lawsuit on behalf of the corporation for breach of fiduciary duties against directors, personally.

By comparison to Delaware law, when a corporation or LLC becomes insolvent under California law, creditors cannot assert derivative breach of fiduciary duty claims on behalf of the corporation (or LLC) against directors (or members of the LLC).4

Especially in these perilous times, directors/managers of California and Delaware business entities should take care to consider the implications of their actions on the entity’s creditors, and should be sensitized to creditors’ availability of claims against them — even if the directors/managers did not have any direct dealings with the creditors.

For example, one group of creditors may include the employees of a business who have claims against the business for unpaid wages and salary. More specifically, California employees — without claiming any breach of a fiduciary duty or showing of the company’s insolvency — may assert direct claims of wage and hour violations against those directors who “caused” such violations. In such a situation, the directors could be personally liable for the unpaid wages and salary, in addition to civil penalties. Whether the director “caused” the wage and hour violations depends on the unique circumstances of the director’s involvement (e.g., whether the director acted with awareness of a decision to not pay wages and to instead prefer a different creditor).

Similarly, directors can be liable for unpaid employment taxes if the director is “responsible”, i.e., the director “had a duty to account for, collect, and pay” the taxes (including a person such as a director, with the authority to exercise significant control over a company’s financial affairs) and “willfully” failed to do so.6 Again, the particulars of the director’s involvement and responsibilities will determine whether the director was “responsible” for the company’s payment of the employment tax and “willfully” failed to pay it.

In further analyzing their potential liability to creditors, directors should give thought to additional considerations that may impact the analysis, including the governing law (e.g., while directors may be operating the business in California, the corporate bylaws may require the application of Delaware law). To minimize exposure to personal liability, directors should be aware of the substance of the corporate governance documents, regularly assess the corporation’s financial position, and seek guidance from other directors and professionals, as appropriate.

While a director’s duties and obligations depend on the specific facts and applicable law, directors of (potentially insolvent) companies should consider the following measures to minimize exposure to equity holders and, in certain situations, creditors:

• Obtain Information about the Corporation’s Financial Performance. This would oftentimes require consultation with the CFO and outside accountants. Arguably, when in doubt about solvency/insolvency, prudence may lead to a conclusion of insolvency.

• Make Informed Decisions. Clearly this requires active engagement in the decision-making process and obtaining needed information and consultation with others, both inside the organization, and outside (accountants and legal counsel). Recognition of transactions that involve conflicts of interest of interested parties is important. Similarly, the use of a special committee of the Board may be appropriate in focusing on solvency issues.

• Document the Board’s Decision-Making Process. The board should obtain all relevant information in writing, and questions, objections, inquiries, board meetings and other communications should be recorded.

• Consider Obtaining D&O Insurance and Director Indemnification
Agreements. While expensive, directors may mitigate potential liability by purchasing D&O insurance and seeking indemnity from the company, as long as the insurance and indemnity agreements are in place before the occurrence of the board decision triggering a shareholder or creditor claim. Care should be taken in the review of the insurance policy, in advance, to provide comfort that the policy provides coverage for breach of fiduciary duty claims of this nature. While having D&O insurance may be attractive to creditors looking for deep pockets (i.e., the insurance carrier’s pockets) and could also create the unintended consequence of encouraging litigation against the directors personally, the D&O policy is intended to shield the director – who is likely not judgment proof – from personal liability. The D&O insurance should be reviewed carefully because some policies include contract or insolvency exclusions that may bar coverage for claims from creditors. Directors may consider seeking express contractual indemnity from the VC-fund or private equity sponsors, as well, entities presumptively with greater creditworthiness than the subject entity.

Ultimately, director liability will depend on the unique circumstances of the case, including whether the director put his or her own interests before that of the company, and whether the company was solvent during the transaction or board decision at issue. While this analysis can be complicated and ambiguous, directors and LLC managers looking to limit their potential liability to creditors (and others) should let the following precept guide their conduct: Always act in the best interests of the business entity including all creditor constituencies, without preference to any.

Dividend Distribution in Times of Covid-19