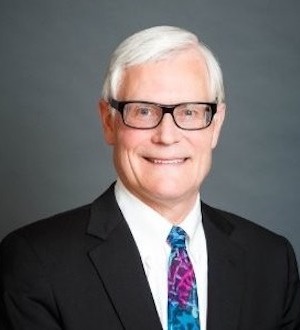 Mediating major business disputes that involve settlement amounts in the seven, eight and nine figures requires an in-depth and innovative approach. In advance of any initial mediation session, mediators should extensively prepare and thoroughly analyze the written submissions and conduct separate, confidential calls with each side. Structuring pre-mediation calls based on an agenda that focuses on topics beyond the substantive issues, such as potential settlement obstacles, insurance issues, party dynamics and timing considerations, allows for the mediator to be more effectively informed of all relevant factors. One additional tool to increase efficiencies is drafting confidential questions and submitting them to each side separately in advance of the mediation. The questions highlight for counsel (and, often more importantly, their clients) the most significant risks, weaknesses and challenges that party is likely to face if no settlement is reached. However, if the timing is not optimal or the parties are perhaps hundreds of millions of dollars apart in their demands, the dispute will likely not settle by the end of the first mediation session. In that event, with persistence, flexibility and availability, we identify and then maximize potential “windows of opportunity” for settlement.

“Windows of opportunity” refers to times of heightened uncertainty when something might happen to swing the momentum and leverage materially in the other side’s favor. There are a variety of tools that can settle the dispute without relying on in-person mediation sessions and formal exchanges of settlement numbers.

Developing a personalized approach to each case requires effectiveness and efficiency. "Effectiveness" involves identifying the optimal next window for the parties to take advantage of and put in maximum effort to achieve a settlement in that window. "Efficiency" relates to costs from both a human capital and dollar-figure standpoint, with the intention to keep both as low as possible.

The all-day, in-person mediation session is typically the first, but not the only, window of opportunity. Certainly, it is often essential and highly effective for all parties, their counsel and business principals to commit to an entire day for a face-to-face session, as it encourages the participants to “get serious.” Even if at the end of the day a settlement is not reached, some progress has almost always been made and the session is a helpful start to ultimately achieving resolution. Nonetheless, there are downsides to relying solely on that mechanism for all future progress in the case, because in-person mediation Robert Fairbank Kimberly West sessions are so expensive and hard to schedule with high-level executives and counsel who reside in different states (or countries). Stating the obvious, when 20, 30 or 40 attorneys and business executives must travel and commit a day to attend a mediation, the cost is staggering. Waiting for the particular day when all participants can or will make themselves available for a subsequent in-person session is not the most effective approach, as the timing becomes somewhat artificially dictated, and possible windows of opportunity to settle the case may be missed.

A particular dispute may present multiple potential settlement windows as time goes on: the expiration date on a tolling agreement; an upcoming hearing on a motion to dismiss, motion for class certification, or summary judgment; an imminent trial date; an impending decision by an appellate court. However, ideal windows for settlement are not necessarily limited to these major events in the course of a lawsuit. Other occurrences, sometimes unanticipated or abrupt, may change the dynamics in a way that presents an opportunity for the mediator to persuade the parties to settle the matter, and only by staying engaged through active follow-up can the mediator effectively identify and take advantage of those moments.

Even if the parties hit the pause button on settlement discussions for a while, having the mediator stay engaged through weekly or biweekly status updates via phone or email is an efficient way to gauge if one or both sides is softening, and the time might be right to reengage in active mediation efforts. By employing this strategy, we recently settled a dispute on the eve of the deposition of a newly designated expert witness who was to be questioned on a key element of liability in a professional negligence case. There had been no significant movement by either side for several weeks after the allday mediation session, but by remaining involved by phone and email with both sides after the mediation and finding out about this subsequent development, we discerned that both parties felt enough uncertainty about the potential relevance and impact of this witness’s testimony that a resolution could be negotiated in this narrow window before the deposition was held.

Each dispute is inherently different based on the legal claims, underlying facts, stage of the case and players involved. Only when each case is individually examined can the mediator determine what followup efforts will result in a successful resolution of the matter. Additional in-person sessions might be scheduled, but only if doing so is beneficial and there is desire on both sides. Other tools that have been successfully used include:

In short, mediators should propose and adopt any mechanism that will maximize each window of opportunity to settle the dispute and encourage any variation of communication that will be economically efficient for the parties. Approaches like these have proven highly successful and provided the results that parties seek in even the most intractable and challenging disputes.

Art and mediation: what needs to be done to improve the security of art sales and transactions