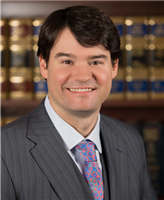 The Combat Arms Earplug Version 2 was a type of hearing protection that was standard issue for members of the United State military deployed to Iraq and Afghanistan starting in 2003.

Properly made safety equipment is essential to members of the armed services who are exposed to intense levels of noise in combat zones and during training. But many veterans who were issued the Combat Arms™ Earplugs Version 2 (CAEV2) have reported experiencing hearing loss. Hundreds of veterans have filed lawsuits against the 3M Company, seeking compensation for their injuries since the U.S. Department of Justice announced a settlement with 3M of a False Claims Act lawsuit involving the earplugs.

The 3M Company agreed in 2018 to pay $9.1 million to the federal government to settle allegations that it had knowingly sold Combat Arms Earplugs to the U.S. military without disclosing design defects that limited the earplugs’ effectiveness. The legal settlement arose from a qui tam whistleblower lawsuit filed on behalf of the U.S. government by Moldex-Metric, Inc., a competitor of 3M, according to the U.S. Department of Justice press release. Under the terms of the settlement, 3M admitted no liability.

What Are 3M Combat Arms Earplugs?

The CAEV2 was initially developed and manufactured by Aearo Technologies, Inc. In 2008, the 3M Company acquired Aearo Technologies along with the Combat Arms brand and supplied the earplugs to the Defense Logistics Agency through 2015. Thousands of earplugs were sold to the military for more than decade.

The earplugs, which contained a special acoustic filter, were supposed to offer soldiers in combat zones two levels of hearing protection, depending on how the plugs were worn. If worn in the open position with the yellow end of the earplug inserted in the ear, the earplugs were supposed to block or significantly reduce intense, high level battlefield noise such as explosions while still allowing the user to hear quieter sounds such as conversation.

How Are 3M’s Combat Arms™ Earplugs Linked to Hearing Loss?

The CAEV2 has a dangerous design defect, the lawsuits allege. The stem of the CAEV2 was too short to hold a tight seal when inserted in the ear canal. The earplugs could loosen slightly in the ears of some service personnel, allowing dangerous levels of noise to bypass the earplugs and making them ineffective as hearing protection.

The U.S. government lawsuit alleged that the design defect was known to Aearo when it completed testing of the CAEV2 in 2000, but there was no disclosure of this design defect to the military. Instead, the military contractors allegedly falsely certified that the equipment met military specifications.

Members of the Armed Services who were issued the Combat Arms™ Earplugs Version 2 (CAEV2) and exposed to loud noise have reported the following types of injuries:

Hundreds of veterans who served in Iraq and Afghanistan and were issued Combat Arms Version 2 earplugs have already filed individual civil lawsuits seeking compensation from the 3M Company for their hearing loss. Many additional Combat Arms earplugs lawsuits are expected.

The experiences of two veterans of the Iraq and Afghanistan conflicts interviewed by CBS News are representative of many who have suffered hearing loss.

“Everybody was under the impression that these particular earplugs were doing their job,” Army veteran Joseph Junk told CBS News. “We’d been told this is the equipment you get and it’s the best out there, and it’s going to save your hearing. Later on, we found out it really didn’t protect our hearing that much at all.”

Junk said he hears constant ringing in his ears, a condition related to hearing loss known as tinnitus. He said he did not realize the earplugs he wore while serving overseas were defective until the Department of Justice announced the settlement with 3M.

“The basic expectation is that you can rely on your equipment,” said David Henderson, another veteran who joined the military after the 9/11 attacks and relied on the earplugs to protect his hearing while in combat zones. “You are trusting the contractor assigned to provide that equipment.” Henderson also has experienced hearing loss.

In 2019, the United States Judicial Panel on Multidistrict Litigation established the 3M Combat Arms earplug multidistrict litigation. The panel found that the numerous pending lawsuits involved common factual questions regarding the design, testing, sale and marketing of Combat Arms earplugs. The court decided that the cases should be centralized for more efficient handling and designated the U.S. District Court for the Northern District of Florida to handle the pre-trial matters related to the cases.

Manufacturers including those that do business with the government have a legal responsibility to make products that are safe and effective when used as intended and to warn adequately of any known defects. Military contractors that seek to profit at the expense of men and women in uniform should be held accountable when their defective products cause harm.

Veterans who have suffered hearing loss as a result of defective military-issued earplugs may pursue full compensation for their injuries by filing a personal injury lawsuit.

Our attorneys review the dates that a prospective client served in the Army, Navy, Air Force or Marines. We help gather military records to show the theater where the member served and whether his or her hearing loss is likely service-related. There is no charge for investigating a veteran’s case or filing an earplug injury lawsuit. We only receive a legal fee if we are successful in obtaining a settlement or jury award for our client.

Attorney Benjamin T. Cochran, managing partner of Hardison & Cochran, has 18 years of experience representing people who have suffered serious personal injuries as a result of others’ negligence and disregard for safety. He has experience handling cases involving defective products that cause injuries, car and truck accidents and workplace accidents.