We’re Asking the Wrong Questions About the Jussie Smollettt Case

Without media attention, would the decisions have been the same? 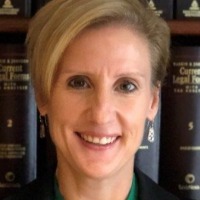 The media and political uproar of the Jussie Smollett case should not be focused on whether the prosecutor should have dismissed the charges against him. The question everyone should be asking is if this resolution is similar to the resolution of other cases where there was no media attention. After all, the criminal justice system aims to treat similarly situated defendants similarly. The backlash over the resolution of the Jussie Smollett case demonstrates, yet again, that media attention focused on a particular case can interfere with the effective administration of justice and result in more punitive and disproportionate treatment in the criminal justice system. Neither the media, the police, nor politicians are tasked with resolving cases in our criminal justice system.

The question to be asked is whether the prosecutor acted within the appropriate standards for a prosecuting attorney. The American Bar Association has published standards for prosecuting attorneys. In those standards, the ABA states, “The prosecutor’s office should exercise sound discretion and independent judgment in the performance of the prosecution function.” The standards go on to state: “The primary duty of the prosecutor is to seek justice within the bounds of the law, not merely to convict.” “The prosecutor serves the public interest and should act with integrity and balanced judgment to increase public safety both by pursuing appropriate criminal charges of appropriate severity, and by exercising discretion to not pursue criminal charges in appropriate circumstances.” This is the lens through which the prosecutor’s actions should be viewed, not the lens of law enforcement, not the lens of the news media, and not the lens of politicians who may find it politically convenient to espouse an opinion on this particular case.

The ABA Standards articulate numerous factors a prosecutor should consider when deciding to initiate, decline, or dismiss criminal charges. Among those factors are enumerated: the strength of the case, the extent or absence of harm, the background and characteristics of the defendant (including voluntary restitution or efforts at rehabilitation) and unwarranted disparate treatment of similarly situated persons. This is the appropriate inquiry into this case. Without that knowledge, neither we, the media, nor politicians or commentators should voice an opinion regarding the appropriateness of the resolution of the case.

Like many criminal defendants before him, Jussie Smollett was at risk to be treated much more harshly than his counterparts given the media attention given to the case. There are numerous examples from recent history of the tabloid type news coverage of criminal cases; the Central Park Jogger case, the O.J. Simpson case, the Amy Fisher case, the Oklahoma bombing cases, the investigation into the death of JonBenet Ramsey, the trial of Louise Woodward and Owen Labrie among others. Studies have shown that exposure to pretrial publicity results in more guilty verdicts and harsher sentences. Media portrayals of the facts and circumstances of crime lead the general public to desire more punitive sanctions and harsher sentences. The way the media frames coverage of crime can create “moral panics” which result in harsh legislation. Skewed crime coverage may contribute to increased punitiveness.

Prosecutors, many of whom are elected or who are influenced by their superiors who are elected into their positions, feel the political pressure applied to highly publicized cases. The pressure to pursue charges and seek harsh penalties due to media attention was potentially most notable in the Duke University Lacrosse case. Not only did that case end with a declaration of innocence of the lacrosse players, it resulted in the disbarment of the Durham County District Attorney, Mike Nifong. When the North Carolina Attorney General announced that all charges had been dismissed against the players and announced that they were innocent, Nifong was described as a “rogue prosecutor” who “pushed forward unchecked.” The case was described as “the tragic result of a rush to accuse and a failure to verify serious allegations.” Let this case serve as a lesson that what we hear in the media and during press conferences is not always the full story and not the facts upon which a prosecutor must make the ultimate decisions regarding whether to pursue a case and/or how harshly to punish a criminal defendant.