2018-10-01 2018-10-01 An examination of the current laws around cryptocurrencies and bitcoin raise questions over its status as a... Best Lawyers

Can bitcoin and other cryptocurrencies ever be adequate widespread substitutes for fiat money? 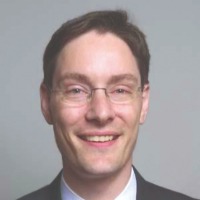 When the initial cryptocurrency white paper—titled “Bitcoin: A Peer-to-Peer Electronic Cash System”—was released in 2008, its stated aim for the blockchain system that made bitcoin possible was to create a peer-to-peer system of electronic cash that “would allow online payments to be sent directly from one party to another without going through a financial institution.”

Bitcoin’s creators clearly intended it to function as an alternative to fiat currencies—those backed by a government but not tied to a particular commodity. How well bitcoin and other cryptocurrencies substitute for fiat money remains very much an open question—and indeed, looking at this new asset class through the prism of traditional currencies’ legal classifications exposes crypto tokens’ limitations as fiat alternatives. In particular, Article 9 of the Uniform Commercial Code (U.C.C.) imposes vastly different security requirements on fiat and virtual currencies that might make bitcoin and other lesser-known cryptocurrencies unsuitable for ordinary transactions.

The secured transactions regime of the U.C.C.’s Article 9 applies to personal property. Therefore, for cryptocurrencies to be pledged as collateral for a debt, they must first qualify as property. Think of property in the abstract as the proverbial bundle of sticks whose owner, by dint of its possession, can exclude others from exploiting.

Certain features of cryptocurrencies challenge traditional notions of property—in particular, the fact that they’re essentially a record of transfers on the blockchain - makes it difficult to recognize them as property. Nonetheless, crypto assets have been treated as personal property by the U.S. legal system. In one 2013 case involving online money exchangers who failed to register with the Financial Crimes Enforcement Network (FinCEN), the Maryland District Court held bitcoins to be subject to civil forfeiture under 18 U.S.C. §1960, a statute that applies to forfeiture of real or personal property. A U.S. bankruptcy court likewise held that bitcoin was property for purposes of the fraudulent-transfer provisions of the bankruptcy code. And the IRS has ruled that, for federal tax purposes, virtual currency must be treated as personal property.

Even if we grant that crypto tokens are property under the law, whether they can function as money alongside a fiat currency such as the U.S. dollar has been the subject of considerable debate. Some of the legal recognition of cryptocurrency-as-property cited above, for example, came in the context of distinguishing it from fiat money.

The Commodity Futures Trading Commission (CFTC) has deemed cryptocurrencies to be commodities, not currencies, a ruling upheld not long ago by a federal court finding that the CFTC had the authority to regulate crypto transactions. However, a federal court finding is not dispositive; the New York Department of Financial Services and FinCEN alike have treated cryptocurrencies as currencies under their licensure and reporting schemes. A federal district court in Texas, meanwhile, also found cryptocurrency to be currency in a 2013 case involving a bitcoin-related Ponzi scheme.

Faced with so many conflicting judgments, how can we learn more about how crypto tokens would function as currency? Let’s look to the U.C.C. and its treatment of property for purposes of establishing a security interest in cryptocurrency pledged as collateral.

The first question to ask: What is money, anyway? Under the U.C.C., “money” is defined as “a medium of exchange currently authorized or adopted by a domestic or foreign government.” Crypto tokens have yet to meet that basic criterion. And even if a cryptocurrency were to be adopted as legal tender by a government, it could not form the basis of original collateral under the U.C.C.’s rules for perfecting security interests in money. To satisfy that requirement, the secured party must take possession of the property. Cryptocurrencies exist and are transacted on a blockchain. They can be controlled via a private key associated with a given “crypto wallet,” but the crypto tokens themselves are not capable of being possessed in the way you can possess the cash in your wallet.

The U.C.C.’s Article 9 identifies other forms of personal property with specific rules for perfection and priority of security interests; personal property not covered by these categories falls under the catchall heading “general intangibles.”

The rules concerning the perfection of security interests have a profound impact on cryptocurrencies’ ability to substitute for currency. Money is freely negotiable under the U.C.C.—and absent physical possession of money, no security interest attaches to it. Therefore, a third party need not perform due diligence on the money received in any transaction to be secure (as it were) in the knowledge that it’s not subject to a preexisting security interest. In fact, consumer transactions would be practically impossible if sellers were required to perform such diligence on the money they receive from buyers.

Cryptocurrencies, on the other hand, would be subject to a security interest regime applicable to general intangibles, and therefore possibly encumbered by a prior lien. The buyer in any crypto transaction would thus have to do due diligence on the cryptocurrency received to ensure that no prior claims had been filed over the tokens in question.

Due-diligence requirements of this sort, from which fiat currencies are exempt, clearly burden the transfer of cryptocurrencies. Curiously, though, cryptocurrencies are quite well-suited to support such audits. Because blockchains record the transfer history of every transaction involving every token in an immutable distributed ledger, each token is traceable back to the transaction in which the security interest was recorded. Until the security interest is released, a cryptocurrency pledged as collateral can easily be traced through subsequent transfers and identified at any point.

Although cryptocurrencies are controlled pseudonymously via a digital blockchain address—making identification of the third-party transferee of the collateral potentially quite difficult—a secured party could theoretically foreclose on its security interest in a cryptocurrency through an action in rem against the tokens on the blockchain.

The U.S. legal system appears to have settled on the notion that cryptocurrencies are indeed a form of property. Under the U.C.C., however, they don’t have the same standing as fiat currency. Unlike money, crypto tokens, as explained above, are general intangibles under the U.C.C.—and when pledged as collateral are subject to its attachment and perfection rules.

Where a secured party has filed a U.C.C.-1 financing statement and security agreement concerning specific crypto tokens, those tokens are identifiable on the blockchain through all subsequent transfers. Recipients of crypto tokens cannot rely on the exemption rules that apply to money under the U.C.C. If token buyers haven’t done their due diligence to locate prior recorded security interests, they might find their tokens subject to foreclosure by the secured party. Or, to put it in fiat-currency terms, their cash will disappear.

Sam Kramer is a partner in the Information Technology and Intellectual Property practice in Baker McKenzie’s Chicago office. He serves on the firm’s global FinTech steering committee and is a frequent speaker on blockchain issues.