The FTC, on Jan. 5, 2017, filed a complaint in the Northern District of California against an IoT device manufacturer and its U.S. subsidiary for failure to take reasonable steps to secure the products that they sell to the United States market. 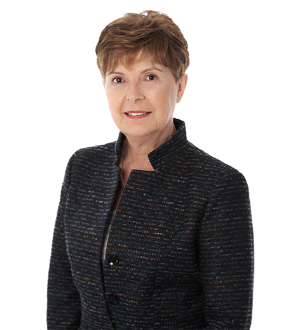 Electronic communications are crucial to the operation of devices connected to the Internet (IoT devices). Therefore, keeping these devices secure must be a high priority. Security vulnerabilities or deficiencies can both cause the unauthorized disclosure or modification of highly sensitive information collected by the IoT device, and cause the IoT device itself to become a conduit for harmful attacks on other devices or equipment connected to the Internet.

The FTC, on Jan. 5, 2017, filed a complaint in the Northern District of California against an IoT device manufacturer and its U.S. subsidiary for failure to take reasonable steps to secure the products that they sell to the United States market. The complaint alleges that security flaws in the products and misrepresentations about the security features of the products constitute unfair or deceptive acts or practices that violate Section 5(a) of the FTC Act, 15 U.S.C. § 45(a). The FTC requests a permanent injunction to prevent future violations of the FTC Act.

Since the filing of the complaint, the Defendants have vigorously denied the FTC’s allegations. Their declaration is posted on D-Link’s U.S. website.

The devices at stake in this action are routers and IP cameras that consumers use to monitor activities within their household (such as those of young children) or the security of their home while they are away. The IP cameras are connected to routers that forward data packets along a network. Like other routers, these routers also play a key role in securing consumers’ home networks, functioning as a hardware firewall for the consumer’s local network, and acting as the first line of defense in protecting the consumer’s equipment connected to the local network against malicious incoming traffic from the Internet.

The FTC claims that security deficiencies caused Defendants’ routers and cameras to be vulnerable to attacks that subject consumers’ sensitive personal information and local networks to a significant risk of unauthorized access and that the Defendants misrepresented the security capability of their products.

The FTC pointed to a number of deficiencies in the product design. In its complaint, it claims that the Defendants failed to take reasonable steps to protect their routers and IP cameras from widely known and reasonably foreseeable risks of unauthorized access, including well-known flaws ranked among the most critical and widespread web application vulnerabilities for the past 10 years. These deficiencies included, among others, failure to:

The FTC took particular notice of the public statements and claims of security made by the Defendants in their marketing documents. The FTC complaint points to numerous security statements that the Defendants made about the security of their routers and IP cameras in the “Security Event Response Policy,” and in the product brochures and user manuals available from their website, such as:

The FTC’s complaint includes one count claiming unfairness and five counts claiming deceptive practices. In the Unfairness Count, the FTC claims that the Defendants’ failure to take reasonable steps to secure the products they offered to consumers for protecting their local networks and sensitive information caused, or was likely to cause substantial injury.

The deceptiveness prong of the complaint, in four different counts, argues that the Defendants’ claims (i) that their routers and IP cameras were secure from unauthorized access and control and (ii) claims with respect to the Security Event Response Policy were deceptive.

What Effect on IoT Device Manufacturers and Sellers

The FTC, in January 2015, published a Staff Report Internet of Things, Privacy and Securityin a Connected World (IoT Staff Report) outlining issues and providing recommendations. It has also investigated the practices of two IoT device manufacturers and resellers in circumstances, and with products, similar to those in the D-Link case. In the Matter of TRENDnet, Inc. was settled in February 2014, and In the Matter of ASUSTeK Computer, Inc., in July 2016. D-Link is the FTC’s third initiative in the IoT market.

The two FTC enforcement actions against TRENDnet, Inc. and ASUSTeK Computer, Inc. concluded with settlements that provide guidance for the IoT industry. In both cases, the consent decree provides for:

Similar actions are expected to come either at the initiative of the FTC or that of other enforcement agencies such as State Attorneys General. Class action suits have already been filed in cases involving security deficiencies in connected objects, for example, connected vehicles.

The fact that many IoT devices are relatively inexpensive does not excuse a lack of appropriate security measures adapted to the nature of the product, the information collected, and the risks to which the device, its users, and others might be exposed. These security measures will be expected, at a minimum, to meet the requirements described in generally accepted information security practices for the industry, which are also outlined in the FTC consent decrees.

A complete, efficient, appropriate, current information security program that provides adequate security measures for the development, manufacture, use, operation, and support of IoT devices requires numerous technical, physical, and administrative measures and constant updates. A rigorous process should be followed.

It is clear from the FTC’s recent actions that enforcement agencies and consumers expect that those who place IoT devices on the market will have exercised appropriate efforts to ensure these adequate security measures are carefully planned, fully integrated in all phases of the product design, development, and operation, and adequately described in product documentation. 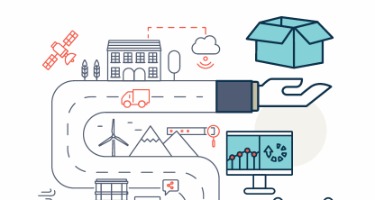