The Department of Labor is proposing a hike to the salary threshold requirement for exempted employees. 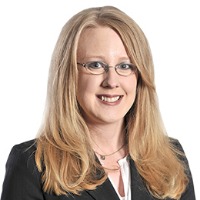 On March 7, 2019, the U.S. Department of Labor announced a Notice of Proposed Rulemaking, (again) proposing a hike to the salary threshold requirement under certain exemptions from the Fair Labor Standards Act (FLSA). In short, the current salary threshold for exemption as an executive, administrative, or professional employee (or “EAP Exemptions") is $455 a week (or $23,660 a year).  The DOL’s proposal seeks to establish a new salary requirement of $679 a week (or $35,308 a year).

The DOL set the current salary threshold of $455 a week in 2004. The Obama Administration attempted a much more significant increase, with a 2016 final rule that would have more than doubled the minimum salary requirement for the EAP, or so-called “White Collar,” exemptions from $455 a week to $913 a week ($47,476 a year). The 2016 final rule also proposed periodic, automatic updates to the salary level going forward. Just days before the 2016 final rule would have taken effect, however, a federal court issued a preliminary injunction enjoining it from taking effect. Eventually, the same federal court granted summary judgment in favor of the group that had been challenging the new regulation – and that August 31, 2017 judgment effectively invalidated the 2016 final rule in its entirety. Since that ruling (and the change in Administration), we’ve been anticipating an updated proposal out of the DOL.

In terms of projected impact, the DOL explains that had the 2016 final rule gone into effect, it would have “excluded from exemption 4.2 million employees whose duties would have otherwise qualified them for exemption.”  Although the new proposal would still make more than a million workers in the U.S. newly eligible for overtime based on their salaries alone, the increase being proposed now looks much more consistent with the methodology used to establish the 2004 salary level currently in place. Consequently, at first glance, the current proposal appears to be on more solid legal footing than the 2016 proposal in terms of withstanding judicial scrutiny.

Of course, the salary requirement represents just one aspect of each of the EAP Exemptions. Eligibility for overtime over the salary level will continue to depend on an individualized review of the job duties each worker performs – and whether those job duties satisfy the exemption requirements spelled out in the statute and regulations. At this time, the DOL has not proposed changes to those “duties” tests under the various exemptions.

The proposal also increases the total annual compensation requirement for the Highly Compensated Employee (“HCE”) exemption. Currently, the salary level minimum for HCE exemption is $100,000; the DOL’s new proposal would raise that to $147,414 a year. (Interestingly, the DOL elected to use the same methodology as the 2016 final rule for purposes of establishing this particular level:  setting this consistent with the 90th percentile of full-time salaried workers nationally, projected to 2020.)

A hotly contested point under the Obama Administration proposal included periodic, automatic increases to the salary level every three years. The current proposal does not call for automated but does make some level of commitment to more frequent updates—reaffirming its intent to review the salary level every four years. Rather than having an automated adjustment, however, the DOL proposal contemplates these quadrennial assessments to occur through a notice of proposed rulemaking published in the Federal Register, followed by notice-and-comment rulemaking.

Finally, the most recent proposal also considers allowing certain non-discretionary bonuses, incentive pay, and commissions to satisfy up to 10 percent of the salary level under certain conditions.

The DOL’s Press Release is available here, and additional information about the proposed rule is available here.  Once the rule is published in the Federal Register, the public will have 60 days to submit comments for consideration by the Agency.

If you have any questions about the DOL's proposal, how it may affect your workplace, or other wage and hour questions, please contact Megan Moritz (moritz@brownwinick.com) or another member of the BrownWinick Employment Practice Group.